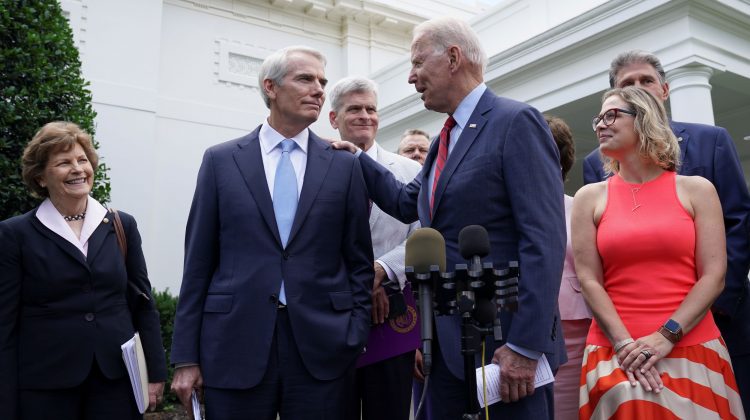 “If you want to sum up today’s terrific action in a single word, that word is jailbreak,” Cramer said on “Mad Money.” “I call it a jailbreak because pretty much everyone was let loose today, instead of the usual I-win-you-lose pattern that has bedeviled so much of the action of late.”

The S&P 500 and Nasdaq Composite posted record closing highs, while the Dow Jones Industrial Average jumped more than 300 points to move closer to its all-time high.

Cramer struck a bullish tone on the market as it turned its focus from the Federal Reserve’s forecasts on the economy and future interest rate hikes to a breakthrough in infrastructure negotiations that were in a logjam.

President Joe Biden announced during the session that an agreement on “hard infrastructure” was reached with a bipartisan group of senators to dedicate substantial funding toward rebuilding roads and bridges and to expand broadband.

Cramer warned that a rebalancing in the Russell indexes on Friday could cause a decline in stocks, but he expects it will only feed the bullish momentum.

“Right now I think any decline will be bought because this is a positive, opportunistic moment, people, and there are many who want to put their money to work,” Cramer said. “Today’s jailbreak shows you the bulls are still in charge.”

Cramer highlighted stocks across a range of industries that he said benefited from the news from the White House. They included the drugmaker Eli Lilly, carmaker Tesla, heavy equipment company Caterpillar and Darden Restaurants, the parent company of Olive Garden.

Eli Lilly shares jumped more than 7%. Tesla and Darden advanced more than 3% each, while Caterpillar rose 2.6%.