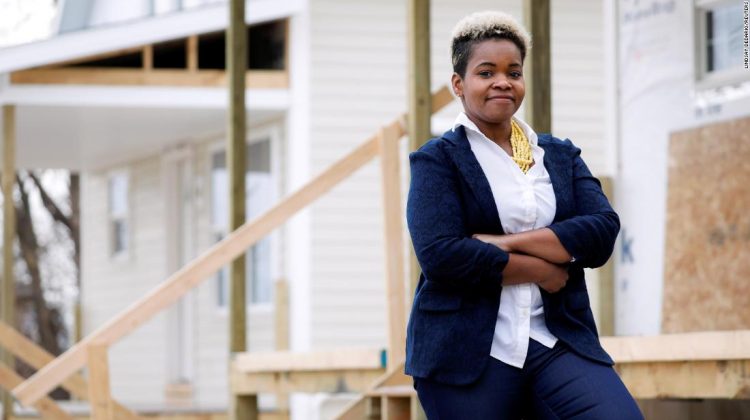 The stunning victory positions Walton — who was backed by the Democratic Socialists of America and the Working Families Party — to become the first socialist mayor of a large American city since Milwaukee’s Frank P. Zeidler left office in 1960.

The 38-year-old nurse and community organizer’s victory is a sharp blow to New York’s Democratic establishment. Brown, a four-term mayor, is a close ally of Gov. Andrew Cuomo and former chairman of the New York Democratic Party.

It was also a major victory for progressives who struggled to shape the higher-profile New York City mayor’s race.

“If you are in an elected office right now, you are being put on notice. We are coming,” Walton said at her victory party Tuesday night.

With her primary victory, Walton is almost certain to win the general election. Republicans have not fielded a candidate this year, and Democrats have won every mayor’s race in the city since 1965.

“Mommy, I won! Mommy, I’m the mayor of Buffalo — well, not until January, but yeah!” an exuberant Walton told her mother in a Tuesday night phone call captured by The Buffalo News.

When CNN’s Brianna Keilar asked Walton earlier Wednesday if she was surprised about the outcome so far, she said, “Not really.”

“We set out about a year ago to do exactly what we did,” Walton said on CNN’s “New Day.” “We knew that this race was going to require help from outside of our local geographic area, we knew that we needed to garner national attention to challenge a 16-year heavily entrenched incumbent, and the people spoke.”

Asked how she plans to implement socialism in Buffalo, Walton said her plan “is to put our resources into community into neighborhoods and govern in a deeply democratic way that the people who are governed have say over the decision making process and how resources are deployed in our community.”

Questioned on how that would be different from previous leadership and initiatives, she said, “It’s a complete 180.”

“We have lived through decades of the trickledown theory believing that if you build it they will come and we have not built anything many things at all for the folks who have stuck out economic downturn population job loss in the Buffalo community so we are looking forward to doing things differently and I’m so excited we are ushering a new era of progressive leadership in Buffalo, New York.”

Walton was a mother of three children with varying medical issues at the age of 19, and delved briefly into her past and how she came to be a nurse.

Of her personal journey, and her pathway to mayorship, she said, “Just believing that anything is possible and what you set your mind to you can do it, and we’re never alone.”