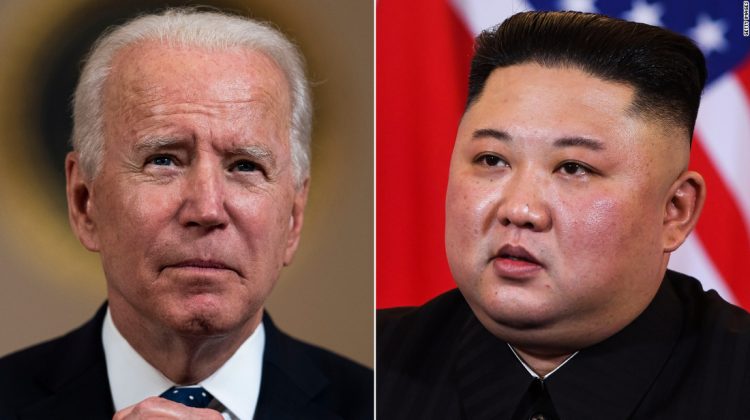 The ruler of the secretive, hereditary communist dictatorship opened an important political meeting on Tuesday acknowledging the grim situation his country now faces. North Korea’s food supply is strained and “getting tense,” Kim said, according to the country’s state-run newswire, KCNA.
The agriculture sector is still recovering from storm damage incurred last year. Replacing domestic food supplies with imports will likely be difficult because borders remain mostly closed due to Covid-19 restrictions.

In the capital Pyongyang, prices of some staple goods are reportedly skyrocketing. Experts say rice and fuel prices are relatively stable still but imported staples such as sugar, soy bean oil and flour prices have gone up.

The costs associated with some locally produced staples have also soared in recent months. Potato prices have tripled at the well-known Tongil market, where both locals and foreigners can shop, Pyongyang residents said.

Residents also revealed that non staple items such as a small packet of black tea can sell for around $70, while a packet of coffee can fetch more than $100.

Kim did not disclose the scale of the shortages, but the Food and Agriculture Organization of the United Nations (FAO) recently estimated North Korea is short of approximately 860,000 tons of food, or equivalent to just over two months of nationwide supplies.

The situation was serious enough in April for Kim to urge North Koreans to undertake another “arduous march,” the term used to refer to the devastating famine in North Korea in the 1990s that killed hundreds of thousands of people.

The admission that the state’s centrally planned economy cannot even feed its people may seem out of place for a leader whose family are portrayed in propaganda as infallible and almost God-like.

But, unlike his father and predecessor, Kim hasn’t been afraid to admit mistakes or failure — or even cry in front his people.

Kim has fashioned his domestic image as a man of the people, a leader constantly meeting with the public and dedicated to improving the everyday lives of one of the most impoverished countries on the planet. His stated goal since taking power in 2011 was to improve the lives of most North Koreans.

However, short of drastically altering North Korea’s inefficient centrally planned economy, freeing the nearly 120,000 political prisoners believed to be held in gulags, or pulling back on its nuclear weapons program, experts believe Pyongyang will struggle to achieve Kim’s aim.

Relations with Washington and negotiations on sanctions relief appear to be a distant concern, at least for now. Kim did not mention talks with the United States until Thursday, day three of this week’s important political meeting and item four of the agenda.

According to state media, Kim reportedly analyzed US President Joe Biden’s North Korea policy and now believes Pyongyang needs to “get prepared for both dialogue and confrontation.”

While not exactly reassuring, Kim’s attitude toward the US was less hostile than the series of provocative statements released by KCNA last month, one of which warned of a “crisis beyond control.” Kim also referred to the US as North Korea’s biggest enemy in January.
In fact, the statement may crack open the door to talks with Washington, which attempted in vain to reach out to Pyongyang earlier this year.
After the two sides failed to reach a deal at former President Donald Trump’s summit with Kim in Hanoi in 2019, North Korean propaganda repeatedly noted that the country was not interested in more talks unless Washington changed it’s so-called “hostile policy” toward Pyongyang.

The Biden administration has made it clear that North Korea, its nuclear program and allegations of large-scale human rights abuses in the country are an important part of its foreign policy agenda.

The White House completed a monthslong policy review in late April, and Japanese Prime Minister Yoshihide Suga and South Korean President Moon Jae-in — US allies with a stake in North Korea’s future — were the first two leaders to visit Biden in the US. Sung Kim, the new US special representative for North Korea policy, is traveling to Seoul on Saturday for talks with his South Korean and Japanese counterparts.

Though the White House says it plans to pursue a “calibrated, practical approach” that differs from the strategies employed by the Trump and Obama administrations, North Korea remains the same intractable foreign policy issue that has bedeviled Biden’s recent predecessors.

And like Kim, Biden arguably has more pressing issues on his plate right now. The President’s legislative agenda appears to be stalling in a deadlocked Congress. He is also pushing for more Americans to get vaccinated to prevent a resurgence of Covid-19, especially given concerns about the spread of new, more transmissible variants.