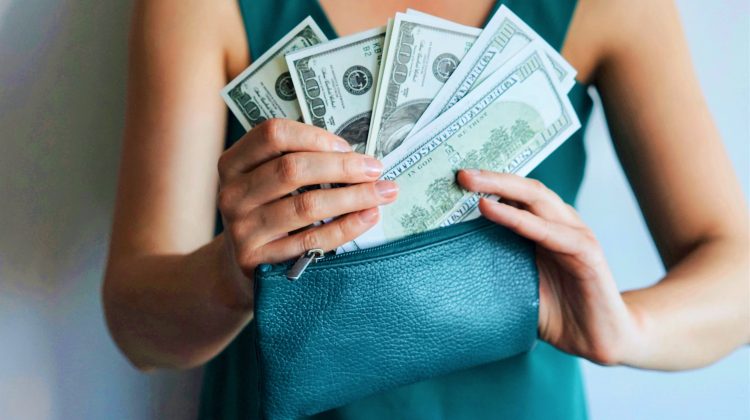 When you spend too much, a sense of shame or regret can overwhelm you — and even hold you back from your financial goals. On the other hand, not spending on the things or experiences that bring you joy can cause a sense of deprivation.

So how do you find the right balance?

As a money advisor, accountant and host of the podcast Popcorn Finance, I get to hear about the creative strategies people use to curb their spending. One of favorites comes from Glenn James, who hosts one of Australia’s top finance podcasts, My Millennial Money.

During a conversation about how to spend money on things we enjoy without going broke, James told me about his 1% spending rule, which he came up with after he went to a department store with some friends — and ended up buying an Apple Watch for $1,300.

“It was a problem because when I woke up that morning, I wasn’t planning to buy watch that cost over a thousand dollars,” said James, who describes himself as a “compulsive spender.”

So immediately, he decided that he “needed a way to govern” his spending.

James’ 1% spending rule (not to be confused with the 1% rule in real estate) is straightforward: If you want to spend on something — a non-necessity — that costs or exceeds 1% of your annual gross income, you must wait one day before buying. During that time, ask yourself: Do I really need this? Can I afford it? Will I actually use it? Will I regret it?

If, after a good night’s rest, it still seems like a good idea, then go ahead and make the purchase.

However, he mostly recommends it “for anyone earning $200,000 or less” a year. “If you’re making $2 million a year, it probably won’t work for you,” he said. “For super high earners, 1% of their annual pay may set a limit amount that’s too high.”

Then again, 1% may also be too much for low earners. In that case, James suggests setting a smaller cap: “You could change it to the 0.5% rule. Whatever the percentage, it should make sense based on your financial situation, needs, goals and priorities.”

Of course, there are other variations of spending rules, but many place a strict cap (a.k.a. you are not allowed to spend more than $X on something). James’ version is unique because it acts “more like a mental checkpoint” — a reminder to think before acting, establish boundaries and identify trigger points.

“Maybe you want to save to buy a home or for early retirement. Winning at personal finance often starts at the shop counter or the online checkout page,” said James. “So if you can limit that spending, you can save money and reach your goals faster.”

The 1% rule isn’t for everyone. Just remember that the best strategies for managing your money are the ones that are simple enough to stick with for years to come.

Chris Browning is financial expert and creator and host of the award-winning podcast Popcorn Finance. He holds a bachelor’s degree in finance and also works as a financial analyst specializing in revenue analysis. Follow him on Twitter @PopcornFinance.