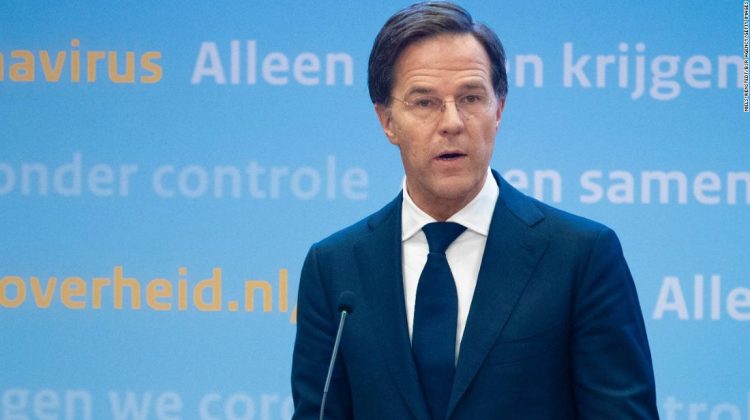 Earlier this month Hungary’s parliament passed legislation which bans all educational materials and programs for children which are considered to promote homosexuality, gender reassignment and the concept of sexuality deviating from the one assigned to a person at birth.

The move prompted intense criticism from human rights groups and opposition parties. On the day it passed, crowds gathered in Budapest outside the parliament to protest the bill.

The legislation is one of a string of divisive policies championed by Hungarian leader Victor Orban, a hardline nationalist who has previously railed against LGBTQ people and immigrants.

“For me, Hungary has no place in the EU anymore,” Rutte told journalists before attending an EU summit in Brussels alongside Orban.

He added: “But, unfortunately, in the system that we have, I can’t do it on my own, but [with] 26 other member states saying: ‘you have to leave. This has to happen step by step and, in the meantime, you hope that they will adapt.”

As he arrived for the summit, Orban strongly defended the new legislation.

“It’s not about homosexuals, it’s about the kids and the parents,” he said.

“I am a fighter for the rights. I am a freedom fighter in the communist regime,” Orban continued.

“Homosexuality was punished and I fought for their freedom and their rights. So I am defending the rights of the homosexual guys, but this law is not about that. It’s about the right of the kids and the parents.”

On Tuesday, 14 out of 27 EU countries expressed their “deep concern” at the law in a joint declaration initiated by Belgium.

Speaking during a press conference in Brussels on Wednesday, Von der Leyen said the bill “clearly discriminates against people on the basis of their sexual orientation.”

“It goes against all the values, the fundamental values of the European Union, and this is human dignity, it is equality, and is the human fundamental rights,” she said.

Von der Leyen said she had instructed EU Commissioners to write to the Hungarian authorities expressing the EU’s concern over the bill before it comes into force.

Hungary has passed similar legislation before.

In December 2020 the country’s parliament voted to redefine the concept of “family” in the country’s constitution, a move which effectively bars same sex couples from adopting children. That too was met with outcry from human rights groups.

Asked on Thursday whether he would withdraw the latest bill, Orban responded: “The law is already announced, it’s published, and it’s done.”

Orban also claimed that European politicians who oppose the law didn’t read it.

“Always better to read first, then criticize later,” he said.

“I am not against homosexuality,” he added. “The law is about to decide what kind of way parents would like to sexually educate their kids, [with that right] exclusively belonging to the parents.”

Asked if he wished to talk about it during the summit, he responded: “It’s not on the agenda.”

“I am at the disposal of anybody who has respected Hungary in a way to ask me about a new law,” he said.

Orban faces an election next year. His Fidesz party promotes a Christian-conservative agenda.