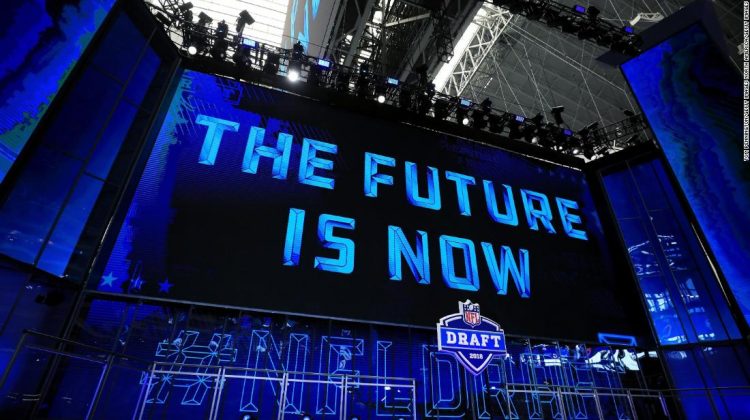 The ubiquity of football in the culture — from its stars making TV commercials to its language (“goal-line stand,” “calling an audible,” “Hail Mary,” etc.) infiltrating the vernacular — has long been known and accepted. But in the last few days alone, the culture’s influence on (and resonance within) the NFL has come into especially sharp focus.

* On Monday, Las Vegas Raiders defensive lineman Carl Nassib came out as gay — making him the first active player to do so. “I just think that representation and visibility are so important,” Nassib said of his decision in an Instagram post. “I actually hope that one day videos like this and the whole coming out process are just not necessary. But until then, I’m going to do my best and do my part to cultivate a culture that’s accepting, that’s compassionate.” Nassib’s announcement not only comes during Pride month, but also marks the far-more-broad acceptance of LGBTQ people within American society over the last few years. Amid this groundswell of tolerance, football had been one of the last holdouts — everyone knew, solely because of the raw numbers, that there were gay players in the NFL but none had come out until Nassib. That he felt comfortable enough to so speaks to the radical change in cultural acceptance of gay people over the past decade or so.
* Buffalo Bills wide receiver Cole Beasley made national news over the weekend with a Twitter post in which he defied the NFL’s protocols for those vaccinated (and not) against Covid-19. “I will be outside doing what I do,” Beasley wrote in the post. “I’ll be out in the public. If your scared of me then steer clear, or get vaccinated. Point. Blank. Period. I may die of covid, but I’d rather die actually living.” Beasley also suggested that the best way to prevent becoming ill from Covid-19 was to “eat better” and “drink water.” Neither of those recommendations come from, you know, science. Beasley’s “public service announcement” (as he described it) came just days before the Biden administration admitted it is very unlikely to meet its goal of 70% of Americans with at least one shot of the vaccine before July 4. Resistance to the vaccine tracks very closely with political affiliation; areas that went strongly for former President Donald Trump in the 2020 election are the most likely to have large swaths of their populations unvaccinated.
* On Monday night, Minnesota Vikings defensive tackle Jaylen Twyman was shot four times while sitting in a car in Washington, DC. Twyman, who is expected to make a full recovery, was in the nation’s capital visiting his aunt, according to his agent Drew Rosenhaus. “Wrong place, wrong time,” Rosenhaus told ESPN of the incident. The past year has been a particularly violent one — especially in major US cities. As CNN reported back in April: “Sixty-three of the 66 largest police jurisdictions saw increases in at least one category of violent crimes in 2020, which include homicide, rape, robbery, and aggravated assault, according to a report produced by the Major Cities Chiefs Association.” And, as The New York Times wrote earlier this month: “Homicide rates in large cities were up more than 30 percent on average last year, and up another 24 percent for the beginning of this year, according to criminologists.”
* Kansas City Chiefs defensive end Frank Clark was arrested on Sunday night in Los Angeles after he was spotted with an Uzi firearm in his car. As CNN noted earlier this month: “America is on a gun-buying spree.” That piece noted that: “More than 2 million of the March background checks were for new gun purchases, according to the National Shooting Sports Federation, the firearms industry trade group that compares FBI background check numbers with actual sales data to determine its sales figures. About 40% of buyers in early 2020 were first-time buyers, according to the foundation.” Not for nothing: The Gun Violence Archive reports there have been 297 mass shootings already this year.

That series of events — over just the last few days — make crystal clear just how much of a reflection the NFL is on our broader culture. Questions of identity, vaccine doubters, surging violence in big cities and the prevalence of guns in the hands of our citizenry are all on the leading edge of the changes (and resistance to those changes) roiling our society.

Professional sports are often seen as providing us glimpses of the best of human achievement — the fastest, strongest and most-skilled of us performing on a massive national (and international) stage.

But moments like these should remind us that NFL player, despite their seemingly super-human athletic ability, are still just human beings, pushed and pulled by the same cultural forces through which each one of us is trying to navigate.