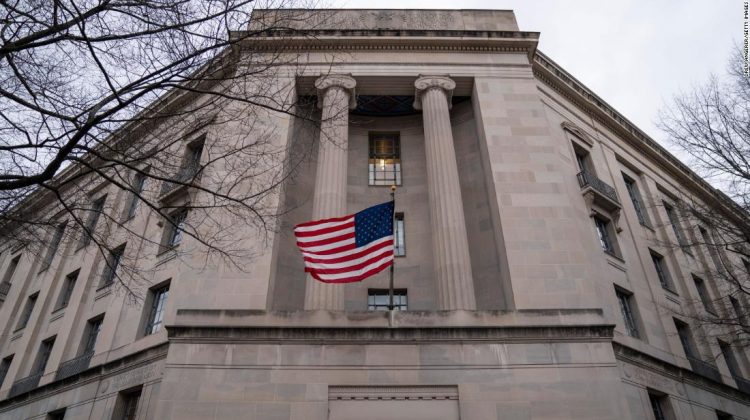 McGahn’s records appear to have been swept up in a separate investigation by federal investigators in a similar manner to Schiff’s and Swalwell’s, according to a source familiar with the matter. When the Justice Department issued the subpoena to Apple it did not know McGahn’s were among the records it was seeking, and the investigation wasn’t initially scrutinizing McGahn, the source said. It’s not clear what happened after Apple returned the records to DOJ identifying McGahn.

Trump’s politicization of the Justice Department is one reason Schiff and Swalwell are crying foul over their records being secretly obtained, fed by the rhetoric of a former President who repeatedly called for their heads and a Justice Department that had vowed to aggressively target leaks under both Jeff Sessions and William Barr and had a history of helping Trump’s allies and confidantes. A full explanation has not been offered about why the investigative steps taken by the Justice Department were so aggressive.

“These are gross abuses of the independence of the Justice Department, and we don’t know how far they run. And our new Attorney General has to find out,” Schiff said on CBS’ “Face the Nation” on Sunday.

It’s unclear what, if anything, the investigators did to alert supervisors after the names of lawmakers were turned over in the records obtained through the subpoena. DOJ officials say it’s possible the current procedures were technically followed despite claims by senior former officials to not know about the moves. Deputy Attorney General Lisa Monaco is now conducting a review of those procedures.

The DOJ records request came amid a broad Justice Department leak hunt that focused on numerous stories related to the Trump-Russia investigation, including the disclosure that Carter Page, a former Trump campaign adviser, had been the subject of a secret surveillance order from the FISA court, according to two sources familiar with the matter. The probes scrutinized a large number of people in the government who may have had knowledge of classified information that ended up in news stories, including Democratic and Republican congressional staffers.

The Justice Department has not said if it got any further information for either lawmaker, like phone records from a service provider. Last week, Apple suggested the same inquiry may have gone to other phone companies and tech giants. No other company has publicly acknowledged being served with the wide-ranging subpoena, though Microsoft said it received one in 2017 for a congressional staffer’s personal email account.

Schiff, who became House Intelligence Chairman in 2019, spoke to Attorney General Merrick Garland about the matter after it was disclosed earlier this month. Schiff told CNN he does not know for sure if he was the target of any investigation, saying the Justice Department has not yet answered many of his questions. Swalwell also said that he is still looking for more answers from DOJ about the circumstances where his records were obtained.

“There is a lot we don’t know, including how the department came to seek those records and whether prosecutors understood what records they were requesting,” Schiff wrote in an op-ed last Tuesday. “We still don’t know whether only Democrats were the subjects of these requests or whether the investigation was properly predicated. The department has yet to explain.”

The investigation that swept up Schiff and Swalwell’s records has since been closed, according to people familiar with the matter.

Lawmaker accounts swept up in subpoena

Among the multiple leak investigations that began in 2017 under Sessions was scrutiny of a House Intelligence Committee staffer who worked for Schiff and was suspected of leaking classified information. Investigators followed the communication trail and sought to identify accountholders connected to the staffer. They obtained a grand jury subpoena for Apple, which said it was ordered in February 2018 to hand over “customer or subscriber account information.”

The subpoena, according to Apple, suggested the company was not the only stop for the probe. The company was also ordered by a judge to say nothing to the customers whose information was sought. That gag order was renewed several times and finally lapsed this year.

In response, investigators were sent what Apple knew about the 109 phone numbers and emails, which included the names for accounts held by Schiff and Swalwell, as well as a minor, according to people familiar with the matter.

Garland released a statement last week that hinted at the possibility the seizure of records belonging to lawmakers, staff and family members may have been the result of bureaucratic overreach that wasn’t intended to target the lawmakers.

A key question in the seizure of Schiff and Swalwell’s records was why DOJ approached that matter differently from a separate investigation involving a Senate Intelligence Committee staffer that same year.

Schiff was not informed of the investigation involving the House Intelligence aide before the aide was interviewed by the FBI, according to a source familiar with the matter. Schiff subsequently learned about the interview and, along with House counsel, contacted the Justice Department about it, the source said. Officials offered few details on any investigation connected to the aide, however.

Investigators also did not tell the committee about the 2018 subpoena that had swept up the records of Schiff, Swalwell and committee staffers.

“At no point did the Department inform the Committee that grand jury subpoenas had been issued, or that the Department had obtained member, staff and family member data. Since getting the notices, the Committee and House’s Office of General Counsel have been pressing DOJ for answers,” a committee official said.

A spokesman for then-House Intelligence Chairman Devin Nunes, a California Republican, did not respond to a request for comment about the investigation.

Lawmakers were told about previous investigations

The FBI did reach out to lawmakers, however, when Senate Intelligence Committee security director James Wolfe was suspected of leaking classified material to a reporter. Then-FBI Deputy Director Andrew McCabe briefed Senate Intelligence Committee leaders, Sens. Richard Burr, a North Carolina Republican, and Mark Warner, a Virginia Democrat, about the probe into the committee aide, according to two sources familiar with the matter.

That briefing occurred before the FBI obtained a search warrant for Wolfe’s personal phone, one of the sources said. The FBI also negotiated with the committee to gain access to contents on Wolfe’s Senate phone, which the committee conducted a review of before turning over materials to federal investigators, according to the source.

Wolfe was not indicted for leaking. But he was subsequently charged and pleaded guilty to lying to the FBI about his contacts with multiple reporters, including one he had a relationship with, while he maintained that he had “never compromised classified information.”

The FBI also went to lawmakers in 2012 before it sought the records of a Senate aide for the Homeland Security and Governmental Affairs Committee who was suspected of leaking classified information. The FBI approached the leaders of the committee — former Sen. Joe Lieberman of Connecticut and Sen. Susan Collins of Maine — but the committee leadership jointly decided not to cooperate, according to two sources familiar with the matter.

The FBI then went ahead to obtain the aide’s records without any more coordination, one of the sources said. The staffer was cleared of any wrongdoing and someone else was ultimately charged in the matter.

There is at least one difference between the 2017 investigation involving the House Intelligence aide and the two probes that scrutinized Senate staffers, as the aide was no longer working for the House committee whey they came under scrutiny.

‘Light a fire’ under prosecutors

Former top officials who would have been in positions to be briefed on the subpoenas that swept up the congressional records have claimed to be in the dark, including Sessions, Barr and former Deputy Attorney General Rod Rosenstein.

The aggressive pursuit of leak investigations occurred at the Justice Department under both Sessions and Barr amid frequent and public complaints from Trump about leaks.

In 2020, when Barr had been in charge of the Justice Department for a year, he sought to reinvigorate DOJ’s leak investigations. He called up Craig Carpenito, then New Jersey’s US attorney, telling him he was looking for a strong prosecutor to tackle the leak investigations that were languishing, frustrated that the probes never seemed to come to a close, according to a source familiar with the matter.

The request was met with trepidation by the New Jersey office, which was worried about the politics, one source said.

Barr didn’t have a lengthy history with Carpenito, but said that Carpenito had good senior officials who were decision-makers. It’s not unheard of for the attorney general’s office to poach officials from US attorney’s offices. He got Osmar Benvenuto, a registered Democrat. Benvenuto was tasked with leading the leak investigations.

Barr kept tabs on the investigations, though he was not always read in on each one, according to the sources. Memos were sent to the fifth floor of the Justice Department, briefing Barr’s office on progress in the probes, the sources said.

Schiff and Swalwell weren’t the only high-profile figures to have their information secretly subpoenaed by the Trump Justice Department.

McGahn’s records were obtained while he was White House counsel, where he played a major role in the internal workings of the White House — like stopping Trump’s efforts to fire special counsel Robert Mueller — as well as major White House initiatives, including the appointment of Supreme Court nominees.

Apple, which provided the records, was barred from revealing the request until May of this year.

At the time, McGahn was the senior attorney representing the presidency. But Trump was unhappy with his counsel because McGahn had refused to order Rosenstein to fire special counsel Robert Mueller, as the special counsel documented in his 2019 report on Trump and obstruction.

Sources familiar with the matter told CNN that Sessions and Rosenstein were unaware of the request for McGahn’s records. The request also didn’t come from Mueller’s team, which was active at the time and later obtained McGahn’s phone records voluntarily, according to additional sources.

A former Trump Justice Department official insists Rosenstein never would have supported a subpoena for McGahn.

“McGahn was his lifeline — Rod didn’t want Don to get fired and Don didn’t want Rod to get fired. They were constantly on the phone. Don and Rod were attached at the hip, not just for self-preservation, but preservation from disaster. They were protecting the institution, once the special counsel was appointed,” the official said.

One former senior official suggested that it is most likely that McGahn’s information was swept up in a broad request related to an investigation into someone else and prosecutors never asked for a name associated with this account.

Other former senior officials who were working in the Eastern District of Virginia at this time, where the grand jury subpoena was issued, also said they have no knowledge of any request for McGahn’s records and were never informed his data was collected.

While there are policies about gathering subpoenaing information for journalists and lawmakers, another former justice official said it was possible there would not be guidelines for notifying anyone when obtaining information about the White House counsel.

“Because who would ever do that?” the former official said. “You would think if someone knew they were requesting information for the White House counsel, you wouldn’t do that without approval from a supervisor.”