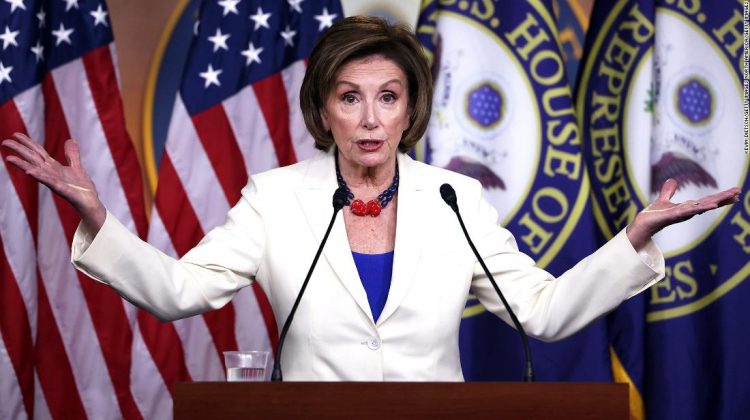 The House’s vote will formalize the select committee that House Speaker Nancy Pelosi announced last week, which she’s putting in place after Senate Republicans blocked the formation of a bipartisan commission to investigate the insurrection.

House Minority Leader Kevin McCarthy declined to answer questions Tuesday about whether he will appoint Republicans to the select committee. “The speaker has never talked to me about it,” McCarthy said.

Under the House’s resolution, Pelosi will appoint eight members to the commission and McCarthy has five slots “in consultation” with Pelosi — meaning the House speaker could veto McCarthy’s selections.

Pelosi is also considering appointing a Republican among her eight selections, according to an aide.

“I supported a bipartisan independent commission. This is the opposite,” Rep. Anthony Gonzalez, the Ohio Republican who voted to impeach Trump and was the target of Trump’s rally over the weekend, told CNN.

The House’s select committee is expected to investigate both the security failings of the January 6 attack — when pro-Trump rioters breached the Capitol and disrupted the certification of Joe Biden’s November 2020 victory — as well as the circumstances leading up to the attack. That’s likely to include an accounting of former President Donald Trump’s role spreading lies about the election being stolen, as well as some Republican lawmakers who supported efforts to overturn the election. The committee could also examine McCarthy’s conversation with Trump by phone as the attack was unfolding.

Democrats say that Republicans left them no choice to move forward with a select committee after Senate Republicans blocked the independent commission and some Republicans have downplayed the violence that occurred during the deadly January 6 attack. Pelosi said the commission would “establish the truth of that day and ensure such an attack cannot again happen.”

“They wanted to have joint subpoena power. We gave them joint subpoena power in the committee. They wanted this to wrap up before the end of the year. Speaker Pelosi agreed that the January 6 commission was completed work by the end of the year. Kevin McCarthy refused to take yes for an answer, and now he’s got the select committee,” Democratic Caucus Chair Hakeem Jeffries said Tuesday.

Pelosi has not said who she would appoint to chair the committee, though House Homeland Security Chairman Bennie Thompson is a possible candidate, as his committee has already been investigating the January 6 riots. Another possibility is House Administration Chairwoman Zoe Lofgren, whose panel has also probed the insurrection.

If Pelosi does name a Republican to the panel, it’s likely to be one of the 10 Republicans who voted to impeach Trump. Reps. Liz Cheney of Wyoming and Adam Kinzinger of Illinois, two Republicans who supported impeachment and pushed for an investigation into the January 6 attack, have declined to weigh in about the prospect Pelosi could appoint them to the select committee. Both said that it would be up to the speaker.

Rep. Peter Meijer of Michigan, another Republican who voted to impeach Trump, said Tuesday he’s “not sure yet” on whether he will vote for measure to create select committee to probe January 6.

“That’s a bridge I’ll cross if I come to it,” Meijer said when asked whether he would serve on the panel if asked.

McCarthy has not said whether he will appoint Republicans to the committee, or which Republicans could be named if he does so. New York Rep. John Katko, the top Republican on the House Homeland Security Committee who negotiated the bipartisan agreement for the independent commission, criticized the select committee on Monday and said he did not envision serving on it if he was asked.

Asked Tuesday if she would consider vetoing McCarthy’s selections if they were Republicans who voted to overturn Biden’s win, Pelosi said, “We’ll see. We’ll see who they nominate.”