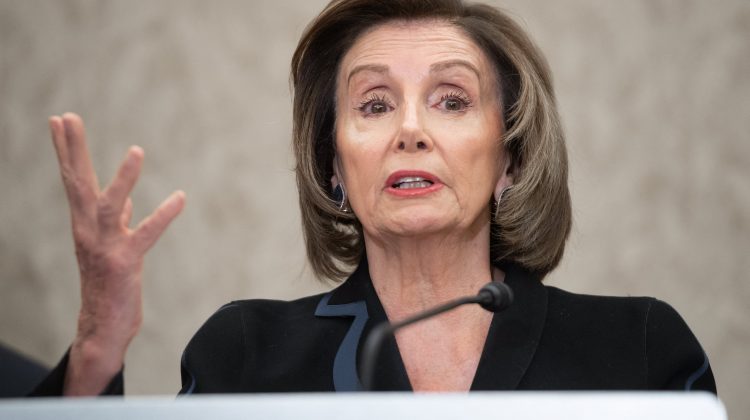 US Speaker of the House Nancy Pelosi on Capitol Hill in Washington, DC, June 23, 2021.

House Speaker Nancy Pelosi, D-Calif., said Thursday that her chamber will establish a select committee to investigate the deadly invasion of the U.S. Capitol by a mob of supporters of former President Donald Trump.

Pelosi made the announcement “with great solemnity and sadness” after noting that an attempt to establish a bipartisan, “9/11-style” commission to study the Capitol riot had failed in the Senate after Republicans opposed the plan.

The Jan. 6 attack “was one of the darkest days in our nation’s history,” Pelosi told reporters at a news conference. “It is imperative that we establish the truth of that day and ensure that an attack of that kind cannot happen [again], and that we root out the causes of it all.”

The select committee will investigate and report on the facts of the event and its causes, and will make recommendations on how to prevent similar attacks in the future, she said.

Pelosi noted that she hoped a broader commission could still be formed to look into the invasion, saying she sees the House committee as a “complementary” panel, rather than as a replacement.

“I’m hopeful that that could still happen at some point,” Pelosi said of a Jan. 6 commission bill passing Congress. She noted that while there was no indication such legislation could be approved anytime soon, the 9/11 commission itself was not signed into law until nearly 15 months after the terrorist attacks occurred.

“The select committee is about our democracy,” Pelosi said, “and about ensuring that the Capitol dome remains a symbol of freedom, about preserving America’s role as an emblem of resilience, determination and hope.”

“That is what the select committee will be about, and that is about seeking and finding the truth,” she said.

Trump, who never conceded to Biden and spent months before the attack spreading an array of baseless conspiracy theories about the election, was impeached in the House for inciting a riot. He was acquitted in the Senate.

Democrats had called for the creation of a commission to study the invasion and provide definitive answers about what occurred. Rep. John Katko, R-N.Y., worked to strike a deal on the terms of a commission with Rep. Bennie Thompson, D-Miss.

The bill would have set up a 10-person commission to investigate the factors that led to the insurrection. Democratic and Republican leaders would each appoint half of the members, who could not be current government officials.

But after the negotiators came to an agreement on a plan, Republican leaders, House Minority Leader Kevin McCarthy, R-Calif., and Senate Minority Leader Mitch McConnell, R-Ky., urged opposition to it. They criticized the probe for not also looking into other “interrelated forms of political violence in America” outside of the Capitol attack, and they expressed concern that the commission could impede other investigative efforts.