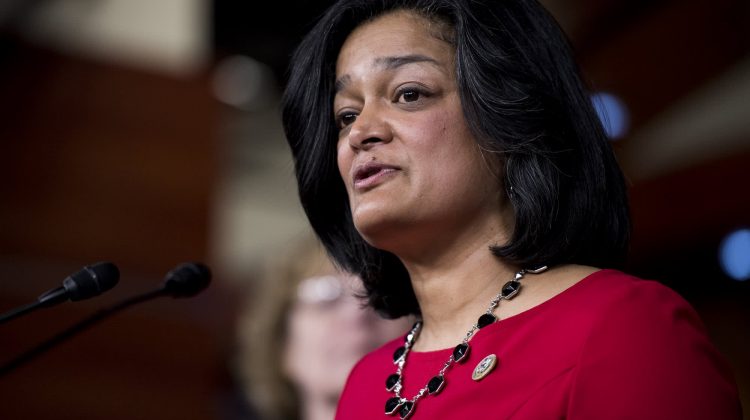 While the advancement of all six tech-focused bills considered by the House Judiciary Committee beginning Wednesday is a victory for the bipartisan members who introduced them, the markup surfaced rifts within parties that could ultimately hamper their ability to become law.

Several lawmakers made clear they felt the process from introduction to markup in less than two weeks felt rushed, despite a lengthy investigation preceding the bills. Some said they hoped to see further changes before the legislation reaches the House floor.

Still, the last leg of the debate offered some signs of optimism for those hoping to advance the bills further. Fresh from a recess after passing the fifth bill after 5 a.m. Thursday, lawmakers returned to the committee room to discuss the Ending Platform Monopolies Act around 11:30 a.m.

The bill, sponsored by antitrust subcommittee Vice Chair Pramila Jayapal, D-Wash., and co-sponsored by Rep. Lance Gooden, R-Texas, would prevent dominant platforms from owning business lines that present conflicts of interest, such as by incentivizing them to favor their own products over rivals’ dependent on their services.

The bill was one of the most aggressive in the package, which also included updates to merger filing fees for dominant platforms, a shift of burden of proof in acquisitions and provision to let state attorneys general have more say in the venue of their antitrust cases. It could essentially force break-ups of businesses like Amazon and Apple, which both sell products or services on their own marketplaces that also serve third-parties. Both stocks closed only slightly down for the day.

Despite the major implications of the bill, it was not the most controversial of the bunch. Lawmakers spent much longer arguing over the data portability mandate under the Access Act, assessing potential security issues, for example.

Jayapal’s bill also inspired lively debate and ultimately the vote fell along similar lines as the others (it passed 21-20, supported by Democrats and Reps. Ken Buck, R-Colo., and Matt Gaetz, R-Fla., and opposed by Republicans backed by Rep. Greg Stanton, D-Ariz., and California Democrats Lou Correa, Zoe Lofgren and Eric Swalwell). But throughout the discussion it was clear many in the group broadly agreed with the principles of the bill, even if they felt it could use some fine-tuning.

Though an amendment he introduced failed, antitrust subcommittee Chairman David Cicilline, D-R.I. and Jayapal expressed a willingness to work with Bishop on potentially including a nod to his idea in the bill. Bishop essentially sought to try to expedite antitrust cases to the courts by removing a regulatory step. Cicilline had called it “the most interesting amendment of the markup” even though he did not support it and Judiciary Committee Chairman Jim Jordan, R-Ohio called it “the amendment.”

It’s clear that even after basically a full day of debate, the bill authors still have a lot of work to do. After the markup adjourned, bipartisan members of the California delegation on the committee released a joint statement urging further revision to the bills despite their passage from the committee. They also said the committee members did not have enough time to properly consider the bills prior to the markup.

“The bill text as debated is not close to ready for Floor consideration,” wrote Correa, Swalwell, Lofgren and Reps. Darrell Issa, R-Calif., and Tom McClintock, R-Calif. “We urge the sponsors of the bills to take the necessary time, commit to a comprehensive approach, and work with their bipartisan colleagues of this Committee to address the concerns articulated during markup to further develop these bills.”

WATCH: How US antitrust law works, and what it means for Big Tech