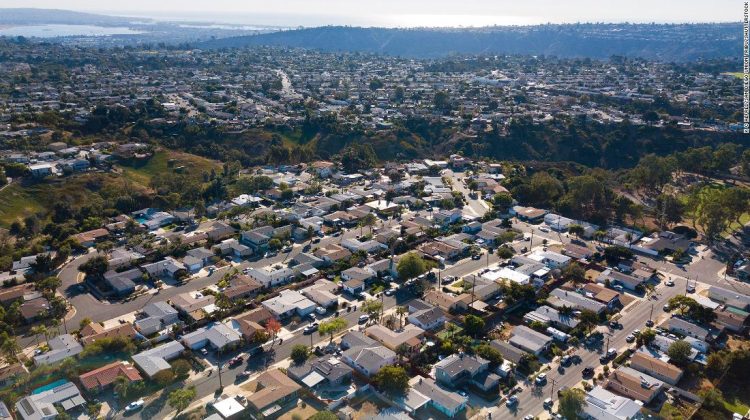 The median existing home price in May was $350,300, according to a report from the National Association of Realtors, up 24% from last May when the median price was $283,500. That’s the highest price on record and marks 111 straight months of year-over-year price gains.

For the fourth month in a row, existing home sales — which include sales of single-family homes, townhomes, condominiums and co-ops — decreased on a monthly basis, the report showed.

Total existing-home sales dropped 0.9% from April. While sales were up 45% from last May, although that comparison is skewed since many areas were shut down a year ago.

“Home sales fell moderately in May and are now approaching pre-pandemic activity,” said Lawrence Yun, NAR’s chief economist. “Lack of inventory continues to be the overwhelming factor holding back home sales, but falling affordability is simply squeezing some first-time buyers out of the market.”

The current sales pace is still higher than it was during the first few months of 2020, prior to the pandemic, said Yun. But only modestly so.

Only one major region in the US saw a monthly increase in sales in May, while the other three regions saw sales declines. The Midwest, where homes are most affordable and where price appreciation has been more moderate, saw sales growth of 1.6% over April. Meanwhile, in the West, where homes are the most expensive and have seen the greatest price appreciation recently, home sales dropped by 4% in May from the month before.

“This may be an indication that affordability is a big factor influencing sales,” said Yun.

Price appreciation still continues to be driven by historically low inventory. But May saw some moderate improvement.

“The market’s outlook is encouraging,” said Yun. “Supply is expected to improve, which will give buyers more options and help tamp down record-high asking prices for existing homes.”

While inventory crept up slightly in May from the month before, it is still down 21% from a year ago. Unsold inventory sits at a 2.5-month supply, down from 4.6 months last May. A balanced market typically has a six-month supply of homes.

“Existing-home sales continue to be weighed down by rising prices and low inventory,” said Joel Kan, the Mortgage Bankers Association’s associate vice president of economic and industry forecasting. “Sales in May fell for the fourth-straight month to the slowest annual pace since June 2020. However, housing demand is still very strong. Even with this declining trend, sales last month were still much higher than in May 2019.”

The increase in inventory will help, he said, but there are many people who feel priced out.

“One positive development was the 7% increase in for-sale inventory, which should slightly help price conditions,” said Kan. “However, the stagnating first-time buyer share at 31%, along with the rapidly increasing median sales price, are signs that affordability is an ongoing challenge at the lower end of the market.”

Competition is still very strong too, with homes selling in 17 days in May, unchanged from April and down from 26 days a year ago. Nearly 90% of the homes sold in May were on the market for less than a month.

“Those price gains should slow, but they are unlikely to reverse, and unfortunately, that extra about $70,000 increase in the median price has shut millions more Americans out of the market,” he said.