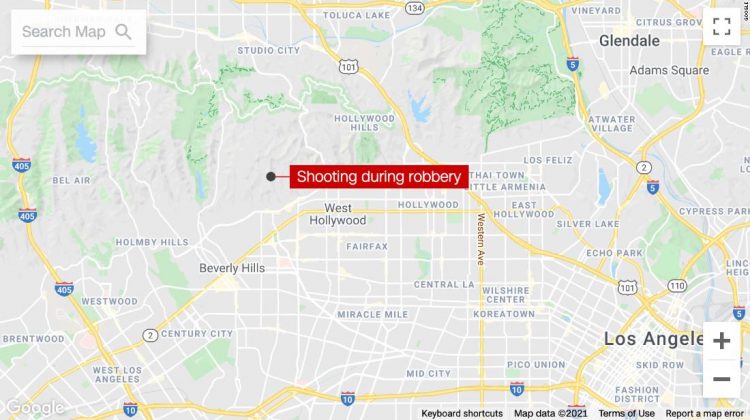 Around 2 a.m., three men in their 20s attempted to rob three men near a house along Blue Jay Way, Lee said. The tony area, which is nestled above the LA’s bright lights, features multimillion-dollar homes and uninterrupted city views.

“During the commission of that crime, it looks like one of the suspects produced a firearm and shot at the victims, all three suffering from gunshot wounds,” Lee recounted. “Victim one, a male in his 60s was actually a security guard at the event, or location.”

It is not clear if it was outside a house party, said Lee.

The guard is in a local hospital in critical condition while the other two victims are in stable condition.

The guard returned fire and struck two of the assailants, police said.

“It caused all three of these suspects to get in the vehicle and flee the scene,” Lee said.

Police apprehended the trio about two miles away near the LA border with Beverly Hills in the area of Santa Monica Boulevard and Doheny Drive.