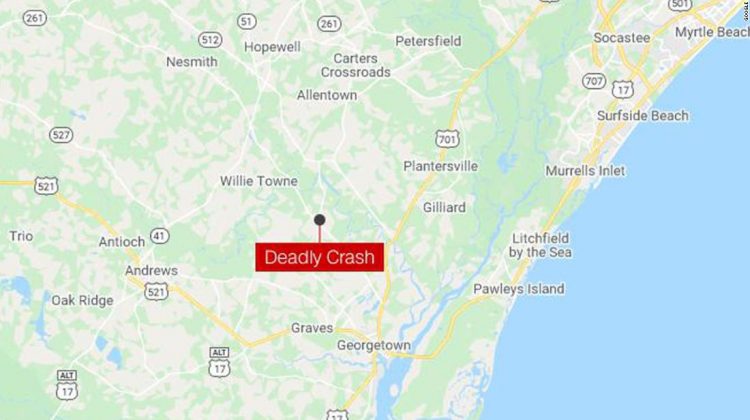 The three people who were killed include the two SUV occupants and one person from the bus, who are not being identified at this time.

At least one person was transported via helicopter to a nearby hospital for treatment, according to Georgetown County Assistant Chief Anthony Hucks.

The Williamsburg County transit bus, which was headed southbound, collided with a GMC Yukon SUV, which was traveling north.

There were 35 people on board the bus, including the driver, according to Hucks.

The bus was carrying workers to nearby Myrtle Beach, where many of them would perform housekeeping services during the day and return home on a similar bus in the evening, according to Jason Lesley, public information officer at the Georgetown Sheriff’s Office.

The South Carolina Highway Patrol is currently on scene and has taken over the investigation into the crash, Hucks said.