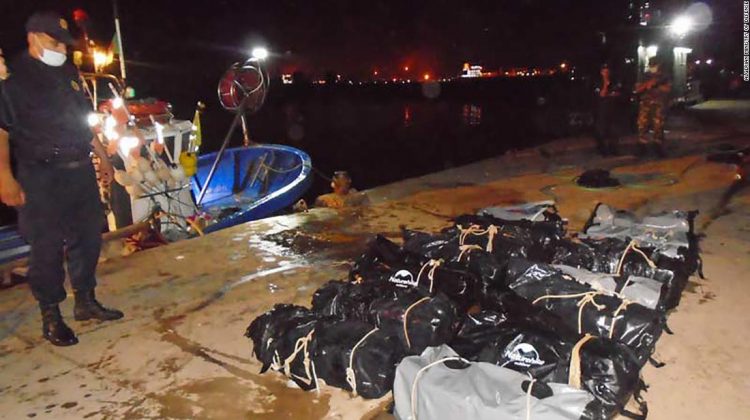 The fishermen spotted and reported suspicious bags floating in the water near Oran, a port city, on Saturday night, according to a press release from Algeria’s Ministry of Defense Monday.

Coast Guard units dispatched to the scene fished out the bags, which together contained 490 kilograms (1,080 pounds) of cocaine, according to laboratory analysis conducted by the military police.

The ministry press release described the failed smuggling as “an attempt to introduce a huge quantity of cocaine intended to flood our country with these poisons and drugs.”

The release said the seizure took place “in the wake of operations to fight against smuggling and organized crime.”

It added: “The investigation is still ongoing to determine all the details of this criminal attempt.”

“This operation reinforces the positive results achieved by the [Algerian People’s National Armed Forces] units in the field, particularly in light of the sense of civic-mindedness and cooperation of the citizenry, which in turn contributes to the fight against crime.”

In 2013, the north African nation declared drug trafficking a top national security threat linked to militancy in the region, according to Reuters.
The country recently held parliamentary elections which were marred by low turnout and political unrest, the news agency reported.