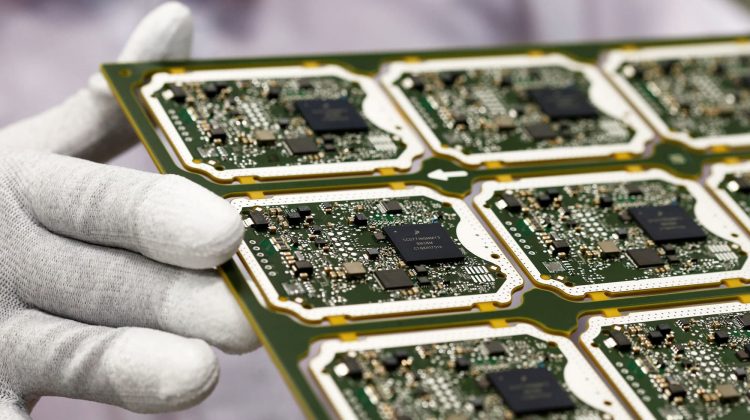 SINGAPORE — U.S.-headquartered semiconductor manufacturer GlobalFoundries announced Tuesday that it will build a new fabrication plant in Singapore to meet the unprecedented global demand for chips.

The new facility will be developed in partnership with the Singapore Economic Development Board and with co-investments from committed customers, GlobalFoundries said. More than $4 billion will be invested into the development, according to the company.

“Our new facility in Singapore will support fast-growing end-markets in the automotive, 5G mobility and secure device segments with long-term customer agreements already in place,” GlobalFoundries CEO Tom Caulfield said in a statement.

A global shortage of semiconductor microchips is causing havoc, delaying car production and affecting operations at some of the largest consumer electronics manufacturers.

A virtual groundbreaking ceremony for the plant was attended by Singapore’s Transport Minister S Iswaran as well as Mubadala Investment Company Managing Director and Group CEO Khaldoon Khalifa Al Mubarak, among others.

“The semiconductor industry is a key pillar of Singapore’s manufacturing sector, and
GlobalFoundries’ new fab investment is testament to Singapore’s attractiveness as a global node for advanced manufacturing and innovation,” Beh Swan Gin, chairman of the Singapore Economic Development Board said in a statement.

Semiconductors are critical components that power all kinds of electronics, from smartphones to computers to the brake sensors in cars. Their production involve a complex network of firms that design the chips, companies that manufacture them as well as those that supply the technology, materials and machinery to do so.

GlobalFoundries is a so-called “pure” foundry, with factories in the U.S., Germany and Singapore. Foundries are companies that are contracted by semiconductor firms to build chips. GlobalFoundries manufactures semiconductors designed by the likes of AMD, Qualcomm and Broadcom.

The global chip shortage has highlighted the importance of foundries, which are investing billions in new production lines and upgraded equipment to meet the surge in demand.

Taiwan Semiconductor Manufacturing Company, or TSMC, is the world’s biggest foundry by market share and revenue, according to TrendForce. It has about 56% market share, followed by Samsung (18%), UMC (7%) and GlobalFoundries (7%).

Semiconductor designers and manufacturers are trying to make chips smaller and better. At the moment, only TSMC and Samsung have the ability to manufacture the most advanced chips.

For his part, Caulfield told CNBC this year that GlobalFoundries is planning to invest $1.4 billion in its foundries to address the shortage. The company plans to expand capacity at all its manufacturing sites.