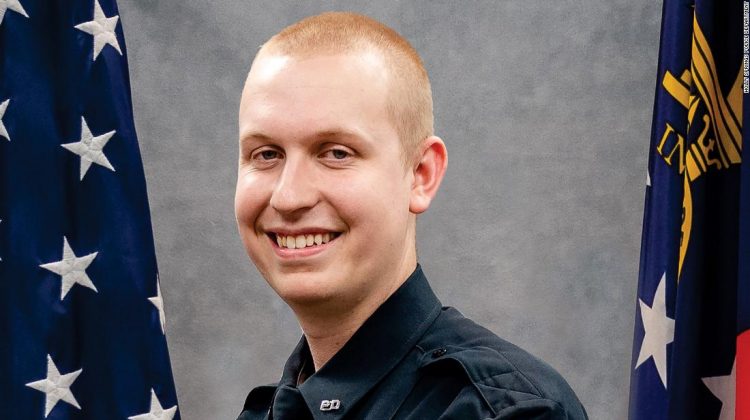 Dolce eventually “attempted to escape in his car,” which dragged Burson down a road “until the vehicle crashed,” the Georgia Bureau of Investigation said in a news release.

The GBI has not specified whether the dragging or the gunfire happened first, or provided details about what preceded either action.

“Other officers on scene rendered aid” to Burson and Dolce, and the two were taken to separate hospitals, where they were pronounced dead, the GBI’s news release says.

“It was just a simple stop,” Holly Springs Police Chief Tom Keheley said at a news conference Thursday. “The bottom line is every bit of this could have been avoided.”

Keheley said investigators believe Burson died as a result of being dragged, but an official determination had not been made.

“If you had the ability to clone police officers, you would have wanted your officer to be Joe Burson,” Keheley said. “He was just a genuinely good individual.”

Asked whether any other officers were on scene at the time, Burson said “a shift supervisor was there as well,” and a number of officers were close by.

Burson had been with the Holly Springs Police Department for about one and half years. He was married and had no children, the chief said.

The GBI said it is investigating the incident at the request of the city police department, and the results of the investigation “will be turned over to the Cherokee County District Attorney’s Office for review.”

Holly Springs is a city of about 12,000 residents some 30 miles north of downtown Atlanta.