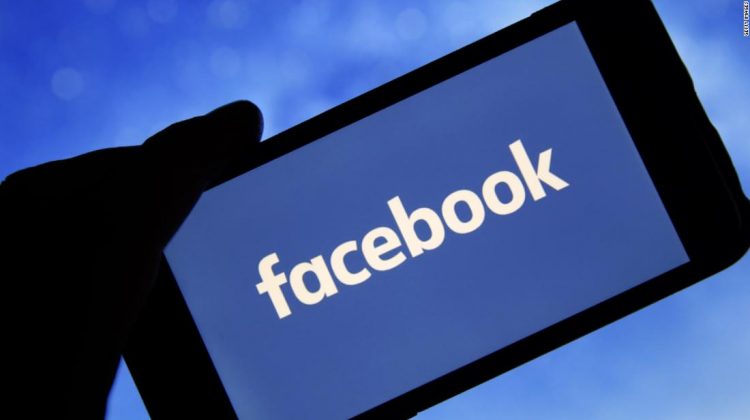 And because some of those same top Biden operatives believe little that the tech giant has changed in the past six months, fears are growing about the role Facebook misinformation could play in the 2022 midterms and beyond. Some of the most pressing concerns stemmed from the way former President Donald Trump and his family were using the platform.

A senior Biden campaign official emailed Facebook on September 22, “The fact that this video is still on your platform — and is being used to recruit some sort of, and I quote, ‘army for Trump’s election security effort’ — is astounding. It is impossible to reconcile this with any of the policies regarding voting and voter suppression that Facebook has released over the past 3 years and emphasized to us privately in several dozen conversations.”

“The Trump Campaign has received the message that they may put videos on your platform saying that millions of fraudulent votes will be used to steal the election. And the solution to that is for ‘able-bodied people’ to enlist in an ‘army.’ So, their shrieks of fraud compound and their calls to ‘enlist’ multiply. Good gracious,” the Biden official wrote. “I struggle to believe that is the precedent you are intending to set.”

They added: “We implore you to approach this problem with seriousness and a sense of mission. We have found that to be lacking thus far. If the effort and mental gymnastics undertaken to allow this post to remain on your platform were instead devoted to carrying out your acknowledged responsibility to democracy, we might see some progress.”

The video of Trump Jr. was also posted to Twitter which also allowed the video to remain on its site. Both companies affixed labels to the videos pointing to accurate information about voting.

The following month, Facebook brought in a new policy against militarized language and polling locations, but the policy did not apply retrospectively, meaning Trump Jr.’s video could stay on the platform.

Facebook officials are keen to stress that the scourge of misinformation is not only an issue on Facebook. CNN reported last month how a DNC team that was focused on online misinformation is evolving to also monitor and help respond to messaging from bourgeoning pro-Trump cable networks and talk radio.

However, Democrats are still particularly focused on Facebook because of the central role it plays in American discourse. Some now fear misinformation on the platform will hinder their efforts in next year’s midterms.

“Some of the more systemic concerns that we have really have not been addressed at all,” said a top former Biden campaign aide who worked on these issues. “If the primary news source in America is one that is spewing people basically nonsense based on simply whether that nonsense is more likely to be read or go viral, that has profound effects on the entire political system.”

‘The most frustrating series of conversations’

“It was the most frustrating series of conversations,” the aide said. “We went to Facebook with a series of letters, public complaints, private emails and all throughout, they essentially did nothing.” Facebook spokesperson Andy Stone said the company has done more that any other internet company to combat harmful content.

The complaints from Democrats to Facebook continued after Election Day.

In the days immediately after the election, emails show a DNC official flagging a series of Facebook posts that were said to be inciting violence and promoting the QAnon conspiracy theory from a Facebook forum dedicated to the “Stop the Steal” movement — an election disinformation campaign that became a rallying cry for the January 6 insurrection.

Around the same time, another DNC official pointed out to Facebook staff that one “Stop the Steal” group on its platform appeared to be moderated by a potential member of the militia group the Three Percenters.

Members of the “Three Percenters” went on to take part in the Capitol insurrection and some have been charged with conspiracy, according to the Justice Department.

Facebook says it removed the individual’s profile. CNN has not confirmed if the person was a member of the Three Percenters or if they went on to take part in the insurrection.

On November 5, two days after the election, Facebook shut down a major Stop the Steal group which had gathered hundreds of thousands of members. But groups and pages dedicated to the movement continued to pop up and Facebook only banned all Stop the Steal content after the insurrection.

Although Facebook did review and remove some content flagged by Democrats for violating its rules, Timothy Durigan, a DNC official who flagged posts to Facebook, told CNN it felt like his warnings were falling on deaf ears.

“Facebook is ground zero for the Big Lie and the Capitol insurrection,” Durigan said. “Facebook chose to put election misinformation in front of millions of Americans, systematically relaxed its rules for the insurrection’s leader, Donald Trump, and provided an organizing platform for insurrectionists.”

Andy Stone, a Facebook spokesperson, took issue with the allegation that the platform did little to combat misinformation and content that promoted political violence.

“Creating a positive environment on our services is not just better for people, it’s also better for our business. That’s why we’ve designed our algorithms to limit clickbait and sensationalist content, which turns people away,” Stone said. “It’s also why we’ve done more than any other internet company to combat harmful content, including limiting content that sought to delegitimize the outcome of the election, both before and after January 6. We banned hundreds of militarized social movements, took down tens of thousands of QAnon pages, groups, and accounts from our apps, removed the original #StopTheSteal Group, labeled candidates’ posts that sought to prematurely declare victory, and suspended former President Trump from our platform for at least two years.”

But some senior Democrats say Facebook is still simply not doing enough.

“They make cosmetic tweaks, whatever they think is enough to signal that they are taking things seriously. But they don’t actually care,” said Jesse Lehrich, the co-founder of Accountable Tech, an outside political organization that pressures social media giants to make structural changes. “I have zero expectation that they’ll make any meaningful changes to prevent another catastrophe.”

Lehrich added that it was “hard to overstate how much Democratic sentiment toward Facebook devolved even from mid-2019 to mid-2020.”

While Biden went on to win the presidential election, Democrats have grown increasingly concerned that the use of misinformation on Facebook and other social media sites will become more influential in the coming years.

In some ways, the Biden campaign was in a better position to work with Facebook than many others. Because the campaign had hundreds of people on staff and millions to spend on social media platforms, they were able to get more direct contact with Facebook, something that wouldn’t be the case for smaller campaigns like those for House, Senate and even some gubernatorial campaigns.

Democratic super PACs like Priorities USA, the primary super PAC for the Biden campaign in the 2020 election, also regularly complained to Facebook about their ad policy on the platform, using both public and private pressure to get the social media giant to address their issues. Throughout the election campaign, Facebook stood by its controversial policy of not fact-checking ads from politicians, stating they should not be arbitrators of truth when it came to statements from politicians.

“I wish you could run a political advertising campaign without using Facebook, but you just can’t,” said Maddie Kriger, the integrated media director at the super PAC. “That is where people are, especially persuadable voters. … That is where a lot of people in the United States get their information and build communities.”

Throughout this process, Kriger said she learned that Facebook’s response to complaints was often to say “whatever our system is doing is right, therefore you must be doing something wrong.”

And when asked whether Democrats should have hope that things will change in time for the 2022 midterms, Kriger was blunt: “None whatsoever.”