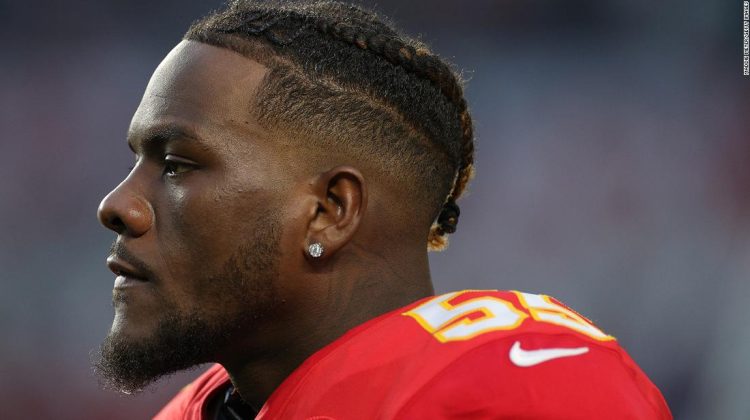 “Yesterday at about 9:20 p.m., Mr. Clark was pulled over in the area of Grand and Adams for a vehicle code violation,” the spokesperson said Monday. “At this time, officers observed a bag with an Uzi sticking out.”

Clark, 28, and three passengers were taken out of the vehicle, the LAPD spokesman said. Clark was arrested for allegedly possessing a concealed firearm in a vehicle, the spokesperson said.

Clark, a Los Angeles native, was drafted in the second round of the 2015 NFL draft.

A two-time Pro Bowl player, Clark is entering his seventh season in the NFL and has spent three years with the Chiefs. Clark was on the Chief’s Super Bowl-winning team in 2020. Prior to joining the Chiefs, Clark spent four seasons with the Seattle Seahawks.

The Chiefs are on a monthlong break following their mandatory minicamp, which concluded June 17, according to the team’s schedule.

NFL spokesperson Brian McCarthy said the organization was “aware of the matter which will be reviewed under the NFL’s personal conduct policy.”

CNN has also reached out to Clark’s attorney, Alex Spiro, and the Chiefs for comment.