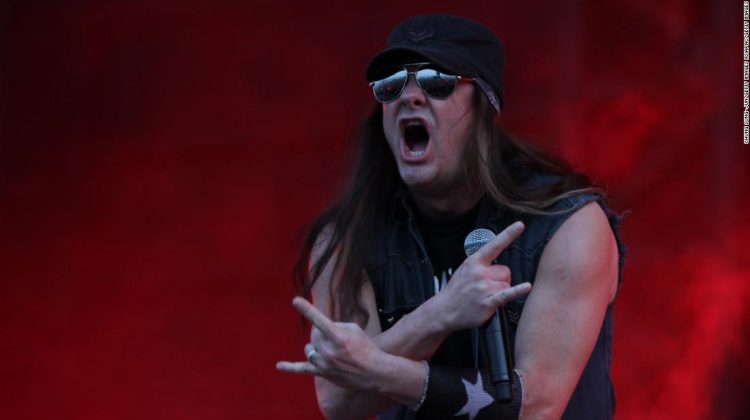 “We are saddened to hear the news of our brother Johnny Solinger,” the band said in the post Saturday. “Our thoughts are with his family, friends and fans. Godspeed Singo. Say hello to Scrappy for us.”

Solinger announced on his Facebook page in May that he was hospitalized after being diagnosed with liver failure.

“It is with a heavy heart I must let everyone know what’s going on with me and my health,” he said in the May post. “I have been hospitalized for over the last month. I have been diagnosed with liver failure. And the prognosis is not so good.”

A verified GoFundMe campaign was created shortly after by his friend Brian Lawrence to help pay for his medical bills and palliative care.

Lawrence has been posting updates on Solinger’s health regularly since the fund started in May. The campaign raised $16,525 of its $100,000 goal.

On Sunday, Lawrence posted an update from Solinger’s wife Paula saying: “Johnny has passed. I was holding his hand. He went in peace. Thank you all. I will take a break from everything but please know I am forever grateful for your love.”

CNN has reached out to Solinger’s wife and the organizer of the GoFundMe campaign for a statement.