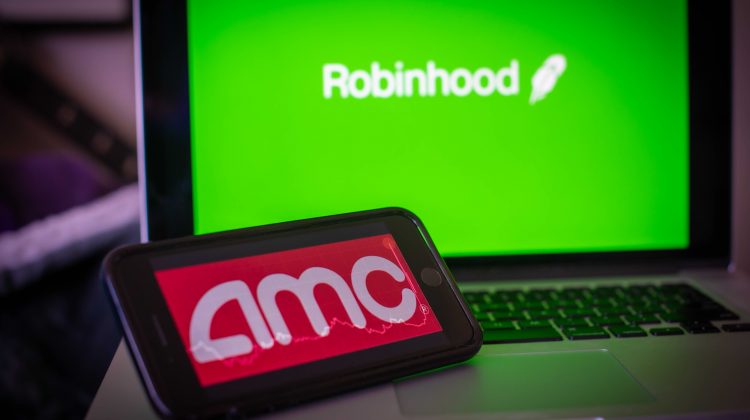 The Wall Street establishment and the Reddit, Robinhood-fueled meme stock traders don’t see eye to eye, on just about anything. In fact, rolling eyes at the stock market’s traditional ways is inherent in trades like GameStop and AMC Entertainment.

Warnings from the market greats, like Warren Buffett, may as well be a badge of honor among the new traders. But one thing Buffett hasn’t noted in his criticisms of the “casino” atmosphere of this bull market and companies like Robinhood, which he has thoroughly beat on, is that when he was a young investor himself he had a fondness for “cigar butt” stocks — the dregs of the market, companies with a few puffs left in them — before he graduated to a more refined kind of investing that made him a billionaire. And that Buffett footnote raises an important point about the market’s newest investors.

The retail trading phenomenon has led to debate about whether getting investors into the market is the key, not how they get there, and what’s occurring today will do more for long-term wealth creation than blaring about “gambling” in stocks and scaring people away from participating in the market.

She said retail investing has grown faster that institutional trading over the past decade, and in the past year since the pandemic has increased from roughly 20% of trading activity to 35%.

Jay Clayton, the past Securities and Exchange Commission chairman, who recently returned to the law firm of Sullivan & Cromwell, said at the CNBC Evolve event that as life expectancy increases encouraging more American households to invest in the market is important, and that makes it a good thing that there is more participation in stocks, more broadly across American households, and earlier on.

But the meme stocks are another matter.

The AMC Entertainment Holdings Inc. logo on a smartphone and Robinhood logo on a laptop computer.

“Let’s separate the two things,” Clayton said. “The meme stocks and the non-fundamental activity around meme stocks, that’s something regulators, and we all, need to be cognizant of,” he said. “We do need to look at meme stocks and departure from fundamentals, but if part of it is earlier investing and broader participation, it is needed.”

That may be about as close as the establishment is willing to get to giving at least a left-handed compliment to Robinhood and Reddit. And it doesn’t mean Clayton doesn’t have a warning or two to offer — whether meme stock traders want it or not — to help keep the new investors on the right path, and maybe scare them just a little.

Know why and where the SEC can’t protect investors

One of Clayton’s big concerns is that retail investors aren’t aware just how little power the SEC has over the new ways investors communicate information.

The SEC’s job when it comes to stock market communication is to make sure when companies disseminate material information it is not misleading and it is fairly disclosed, but it is not the SEC’s job to regulate price — other than in stock market circuit breaker scenarios — and it doesn’t have much if any power to sanction individuals making recommendations on social media message boards.

The current situation has Clayton concerned about “the slivers of information that retail investors are buying and selling on,” and the new methods of trading and market communication raising the risk of new kinds of stock pump-and-dump schemes which the SEC is powerless against.

In America, we don’t tell people you cannot buy and sell securities.

“We are seeing flows, trading flows from retail investors that are unprecedented … driving these price swings,” Clayton said. “In America, we don’t tell people you cannot buy and sell securities,” unless the information violates securities law or there has been stock manipulation.

Companies have significant legal liability they take on in being public companies, and investors need to understand that is not the case with Reddit. “Those providing information who are not companies, on the message boards … the simple truth is they should be given less credibility, less deference,” Clayton said.

“I don’t think the SEC should ignore this, and if it is analogous to some pump-and-dump penny stock arena, then of course it should be looking. But we need people to look and ask, ‘is this a reliable source of information?'” Clayton said. “I get it. People may not feel companies are forthcoming, but companies do have a legal responsibility and the SEC is watching, and they have auditors. So I think we have a situation where things are a bit askew,” he said.

As the SEC considers new action under new chairman Gary Gensler, including a hard look at how the practice of selling order flow to big hedge funds influences stock trade best execution — which is at the heart of the business model of free trading platforms including Robinhood — NYSE President Stacey Cunningham says it would be a mistake to deny investors opportunity.

Single stocks and meme stocks, in particular, have a high level of retail investor trading and the vast majority of the order flow can trade off exchanges. It is an issue when price formation is not reflective of overall market supply and demand. “That is what the market is supposed to do … find the best price … and when you’re not including 65% of investors,” Cunningham said, referencing data on off-exchange trading, “we do think the pendulum has swung too far.”

But she added that it can swing back too far in the other direction as well.

“It’s really critical we provide access to opportunities to investors,” Cunningham said. “It isn’t just the SEC where investors are frustrated. They feel the system is rigged against them whether it is hedge funds or other elements, so want to make sure it is open to them. … we don’t want to close off access by regulations that deny opportunity.”