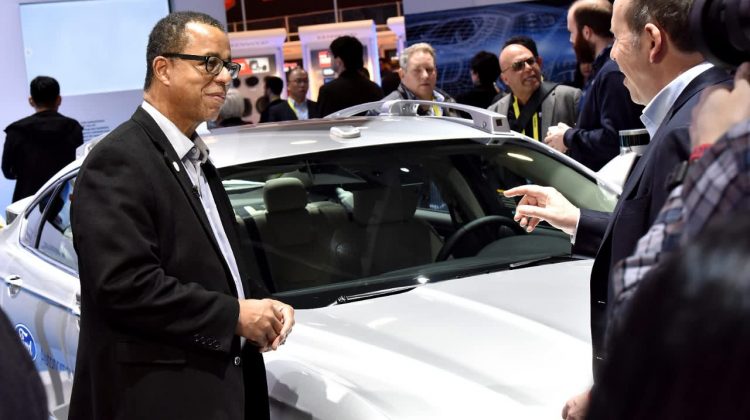 Ford CTO Ken Washington (left) is leaving the automaker for Amazon in July.

DETROIT – Ford Motor is losing its chief technology officer to Amazon, marking an ongoing talent battle between the automotive and technology industries.

Ford confirmed Thursday that CTO Ken Washington, who joined Ford from Lockheed Martin in 2014, will be leaving the Detroit automaker effective July 16. He will join Amazon as vice president of software engineering in Sunnyvale, California, according to an internal employee memo provided by Ford.

Washington’s departure is a major blow for the automaker, which is accelerating billions of dollars in new investments for connected, electric and autonomous vehicles under a new turnaround plan by CEO Jim Farley.

Jim Buczkowski, who has been responsible for research and design of electrical and electronic systems, will be taking on interim responsibility for Ford’s research and advanced engineering team while a permanent successor for Washington is identified, according to the automaker.

Amazon did not immediately respond for comment on the hire, which was first reported by the Detroit Free Press.

The automotive and technology industries are increasingly battling for talent with the emergence of connected vehicles and companies from both sides researching and developing autonomous vehicles. Automotive start-up companies such as Lucid and Rivian also are vying for top talent from both sectors.