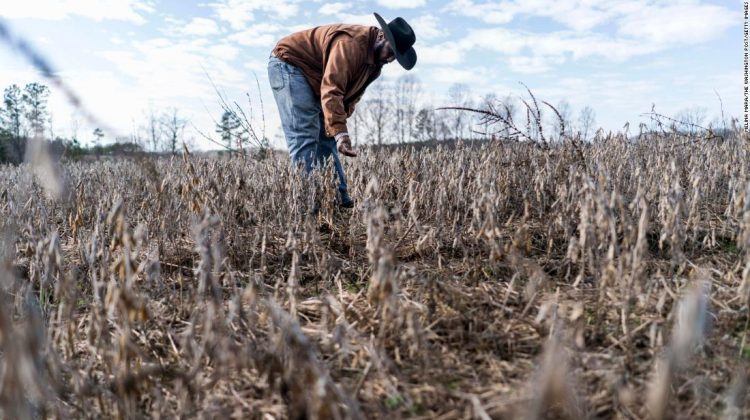 Florida District Judge Marcia Morales Howard issued a preliminary injunction in a lawsuit brought by a White farmer alleging the debt relief program authorized under the $1.9 trillion stimulus bill that passed in Congress in response to the pandemic discriminates against him because of his race. It allocates $4 billion toward debt relief and direct payments of up to 120% of a “socially disadvantaged” farmer or rancher’s outstanding debt as of January 1, 2021.
A socially disadvantaged farmer or rancher is anyone in a group, who has been “subjected to racial or ethnic prejudice because of their identity as members of a group without regard to their individual qualities,” according to a House code. The USDA also said it would determine “on a case-by-case basis whether additional groups qualify under this definition in response to a written request with supporting explanation.”
Howard’s decision is the latest legal blow to farmers of color who were set to receive the debt relief assistance this month. A Wisconsin judge had temporarily blocked the payments in a separate lawsuit from a group of White farmers arguing the USDA’s program discriminates against them and is unconstitutional. There are at least four other lawsuits by White farmers challenging the USDA debt relief program, including in Texas, Tennessee, Wyoming and Illinois.

Howard requested a speedy trial in the case and wrote that while Congress intended to “remedy a long, sad history of discrimination” through the payments under the bill, that it also must “heed its obligation to do away with governmentally imposed discrimination based on race.”

“On the record before the Court, it appears that in adopting Section 1005’s strict race-based debt relief remedy Congress moved with great speed to address the history of discrimination, but did not move with great care,” she wrote. “Indeed, the remedy chosen and provided in Section 1005 appears to fall well short of the delicate balance accomplished when a legislative enactment employs race in a narrowly tailored manner to address a specific compelling governmental interest.”

CNN reached out to the USDA for comment on Thursday.

Pacific Legal Foundation, which filed the lawsuit in May on behalf of the Florida farmer, said the injunction enforces that “government can’t treat people unequally based on immutable characteristics like race.”

“The government can’t allow some people to take part in federal programs while denying others based solely on the color of their skin. The courts have rightfully rejected such discrimination in the past and should do so now,” Wen Fa, an attorney at Pacific Legal Foundation, said in a statement Wednesday.

John Boyd Jr., a fourth-generation farmer and founder and president of the National Black Farmers Association who is has filed amicus briefs in the lawsuits against the debt relief program, told CNN he is “very disappointed” by the decision and called it a “travesty.”

“It is a shame this federal judge clearly doesn’t understand what discrimination is. It’s black and other farmers of color who have been discriminated against by USDA in all its program(s). Addressing decades long discrimination in the debt relief provision is not unconstitutional,” Boyd, Jr. said in a text message Thursday, adding that he would continue advocate for relief. “This decision records in present time just how bad race relations are between Black and White farmers in America.”

Over the years, Black farmers have been driven off their land and have faced discrimination from the USDA. In 1920, the USDA counted 925,708 Black farmers, amounting to about 14% of all farmers at the time. There were only 45,508 Black farmers — roughly 1.3% of all 3.4 million US farmers — in the United States in 2017, according to a recent USDA Census of Agriculture.
Republicans, including South Carolina Sen. Lindsey Graham, criticized the relief program included in the stimulus package. And three of the US’ largest banking groups are also pushing back against the debt relief payments who say banks would suffer “a loss of income” if the loans are paid off early.