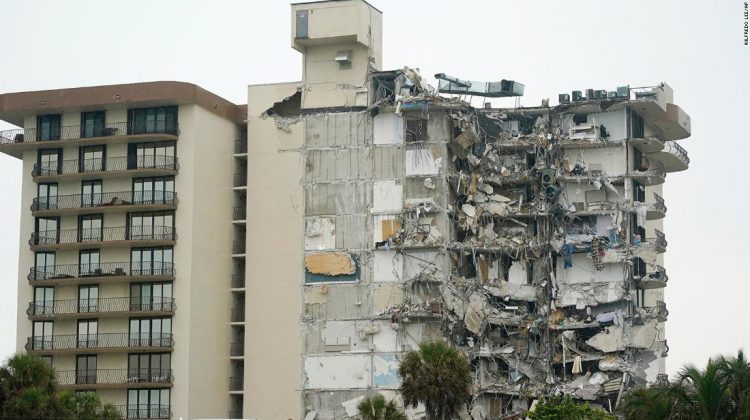 Miami-Dade Fire Rescue District Chief Jason Richard told CNN that as rescuers move into the rubble pile, structural engineers are working to determine which spaces are safe to go into and where additional shoring and other materials are needed to make sure the building doesn’t shift or come down onto rescuers.

“So as we move through the building, we constantly monitor, making sure that there’s no movement, every piece of rubble that we move, we have to take, make efforts to stabilize the building, inch by inch,” said Richard, who’s helping to oversee rescue operations at the collapsed condo building in Surfside.

Richard said the search started on top of the rubble, rescuing people who were lightly trapped. Then the search moved to areas where they could hear noises, with firefighters following the noises and rescuing people calling out for help. The search then moved to the parking garage.

Richard said rescuers are using dogs from Miami-Dade Fire Rescue Department and Florida Task Force One, as well as listening devices to search for survivors. Crews also stop and call out into the rubble pile, listening for any sounds, tapping, or voices.

“So occasionally we’ll stop all of our operations, and just have everybody go silent and listen,” Richard told CNN. “That, in conjunction with the dogs moving about the rubble pile, constantly, as well as listening devices. We have cameras that we can bore holes into slabs of concrete and put into other small void spaces in order to see around corners and in small areas also.”

According to Richard, even though it is a “pancake” collapse, as the slabs of concrete slide and move towards the ground, they do create voids.

“So we are hopeful that we will find patients in those spaces and we have identified voids and those are the areas that we’re focusing our efforts,” he said.

Depending on where they are searching and the intensity of work, firefighters can be on shift for 15 minutes or less, Richard said. In the parking garage, for example, shifts are less than 15 minutes due to water, fumes, and other elements at the location.

Right now, there are about 30 firefighters in rotation doing search and rescue, according to the deputy chief.