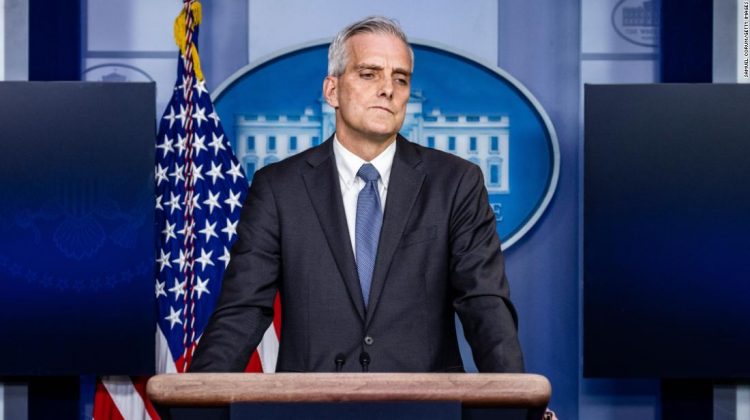 McDonough will announce the move at a Pride event at the Orlando Vet Center in Florida later on Saturday, according to the spokesperson.

“We are taking the first necessary steps to expand VA’s care to include gender confirmation surgery — thus allowing transgender vets to go through the full gender confirmation process with VA by their side,” McDonough’s prepared remarks state. CNN obtained a copy of the speech.

While the VA Health Benefits package includes coverage of mental health services and hormone therapy, it has excluded coverage or funding for gender confirmation surgery, which is considered by to be a “medically necessary intervention” for people who have gender dysphoria, the condition medical professionals use to describe “distress at the incongruence between one’s gender and anatomy,” according to an opinion piece in the AMA Journal of Ethics.

Gender confirmation or gender-affirming surgery is a procedure to reconstruct sexual organs so that a person’s sexual anatomy matches the gender with which they identify. Gender-affirming surgery was, at first, seen as a cosmetic or elective surgery, but research shows that the surgery is an effective treatment for people who have gender dysphoria.

The move follows an effort in the Biden-Harris administration to make diversity and inclusion, including the rights of LGBTQ+ individuals, a priority. President Joe Biden, alongside Secretary of Defense Lloyd Austin, repealed a Trump-era ban on most transgender individuals serving in the military shortly after Biden took office.

Leading medical associations such as the American Medical Association, the American Psychological Association and the American Psychiatric Association have issued statements supporting gender-affirming coverage, which includes medical and surgical treatments for gender dysphoria. Major insurance companies, including Blue Cross Blue Shield in many states and Kaiser Permanente have also recognized gender affirming surgery as a medically necessary health benefit, not just a cosmetic surgery, according to an opinion piece in the AMA Journal of Ethics.

McDonough’s announcement is just the beginning of the process. For gender confirmation surgery to be covered by VA health care and included in coverage offered at VA hospitals, policy changes will need to be made. The process of creating a new federal regulation can take years. The VA plans to begin the federal rulemaking process to make this change this summer, a VA spokesperson said.

“There are several steps to take, which will take time,” McDonough’s prepared remarks state. “But we are moving ahead, methodically, because we want this important change in policy to be implemented in a manner that has been thoroughly considered to ensure that the services made available to Veterans meet VA’s rigorous standards for quality health care.”

McDonough also ordered a review at the end of February, which is ongoing, of all department policies to “ensure that transgender Veterans and employees do not face discrimination on the basis of their gender identity and expression.”

“It takes more than words to make true progress and we are thrilled to hear Secretary McDonough’s announcement that the VA is expanding care to include gender confirmation surgery and updating health services to be more inclusive,” Dane told CNN in a statement. “These are clear examples of turning words into actions, the only way we can keep marching forward.”