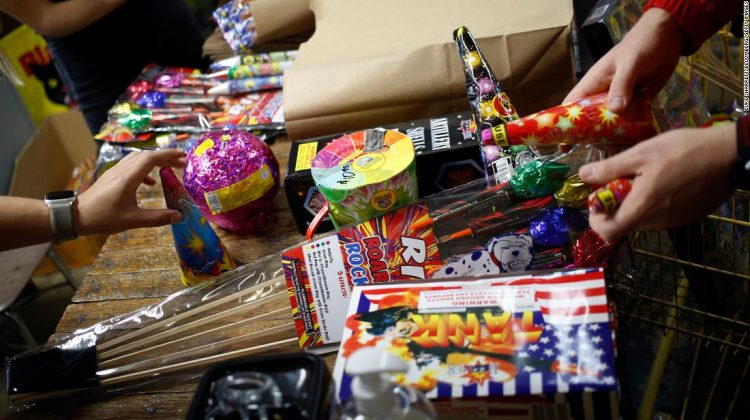 For the second year in a row, fireworks shortages are leaving shelves empty and hiking prices leading up to the holiday weekend. Consumers should be prepared to stock up early and pay more this year if they want July 4th fireworks, Alan Zoldan, executive vice president of Phantom Fireworks, told CNN Business.

“If you pay the same amount, you’re going to get less. There’s no question in my mind,” Zoldan said.

As the economy has reopened and started to recover from the pandemic, supply chains have struggled to keep up with demand, leading to shortages and congestion at ports. For the fireworks industry, which relies on shipments from China, the result has been a “very, very tight bottleneck for the industry,” Zoldan said.

Even without the additional pressures of a recovering economy, the fireworks industry already sat in a “secondary position” because fireworks are considered hazardous goods, according to Zoldan. Now, the industry is struggling with fewer shipments and more expensive containers.

The challenges aren’t just limited to importing goods to ports. Part of the industry’s challenge is the ongoing labor shortage in the United States, which is further slowing down fireworks deliveries and contributing to limited inventory.

Last July 4th, the fireworks industry had a record-breaking season, nearly doubling its previous sales. While sales were a great boost for the industry, there have been lasting effects, according to Zoldan.

“It reduced the inventories not just for our company, but for the entire industry to the lowest levels on the consumer side that we’ve ever seen and created.”

For customers, all of this means fewer deals, lower inventory and higher prices. Historically, customers who came looking for fireworks in the days before July 4th could find goods in showrooms. This year though, things aren’t so promising.

“I do see shortages at the end. My advice is certainly to get there as early as possible,” Zoldan said.