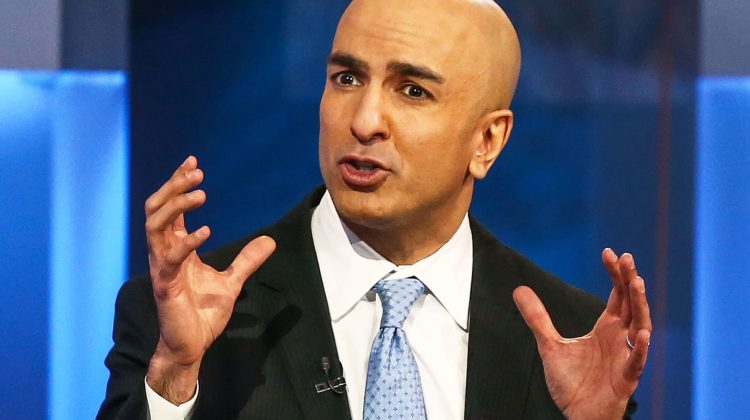 Minneapolis Federal Reserve President Neel Kashkari said on Friday he wants to keep the U.S. central bank’s benchmark short-term interest rate near zero at least through the end of 2023 to allow the labor market to return to its pre-pandemic strength.

“The vast majority of Americans want to work, and I am not ready to write them off – and I want to give them the chance to work,” Kashkari told Reuters in his first public comments since the end of the Fed’s policy meeting earlier this week. “As long as inflation expectations remain anchored … let’s be patient and let’s really achieve maximum employment.”

Kashkari’s remarks show he’s in a decided minority in an increasingly hawkish Fed, which on Wednesday wrapped up a two-day meeting with an unexpected result: with inflation on the rise, most Fed policymakers now see a case for starting interest rate hikes sooner.

Just three months earlier the clear majority of policymakers favored no change to the current level of borrowing costs; on Wednesday, the central bank’s quarterly summary of economic projections (SEP) showed 11 of 18 Fed policymakers penciling in at least two quarter-percentage-point rate increases by the end of 2023.

“I still have no hikes in the SEP forecast horizon because I think it’s going to take time for us really to really achieve maximum employment, and I do believe that these higher inflation readings are going to be transitory,” Kashkari said in an interview with Reuters.

In the interview, Kashkari said he believes higher prices are being driven by a reopening economy and will subside as supply constraints recede.

Kashkari, however, showed little discomfort with the Fed’s decision this week to open a discussion on when and how to reduce its $120 billion in monthly purchases of Treasuries and mortgage-backed securities (MBS), the first step in moving away from the extraordinary support for the economy that Kashkari feels is still needed.

“I think that (Fed Chair Jerome Powell) is leading us on a path in a very orderly way to have the discussion and look at the data and to make these adjustments prudently,” he said.

Once the Fed does determine it’s time to taper its asset-buying program, Kashkari said, he expects to follow the same blueprint as in 2014, when the Fed trimmed its purchases of MBS and Treasuries at a steady, predictable pace; reducing MBS purchases more quickly, as some have proposed, would have only a modest cooling effect on the hot housing market, he said.

But, at least for Kashkari, it will probably take beyond September to have enough data to make a judgment on whether there’s been sufficient labor market progress to merit any change.

By the fall, he said, schools will be open again, the risk of Covid-19 infection will hopefully have receded, and special pandemic unemployment benefits will have run out. While that should set the stage for more Americans to return to the workforce, it could take longer to see a difference in wages and labor force participation, both critical gauges for the strength of the labor market.

His assessment of the labor market, he said, will color his evaluation of inflation data.

Should there be less improvement in the labor supply than he expects, Kashkari said, he may need to reevaluate his assessment of full employment and, therefore, of how close the labor market is to reaching that goal, and whether the rise in inflation will stop short of becoming persistent.

“The bar for me is very high to reach such a conclusion,” he said.

At least some of Kashkari’s colleagues may already be there, though, if the “dot plot” of Fed rate-hike expectations, published as part of the SEP, are any guide. They show at least seven policymakers expect a liftoff in rates next year, a number that includes St. Louis Fed President James Bullard.

“It was meant to be a tool providing dovish forward guidance,” Kashkari said of the “dot plot.”

“It ended up being a tool that provided hawkish forward guidance … I continue to think we ought to just kill the ‘dot plot.'”