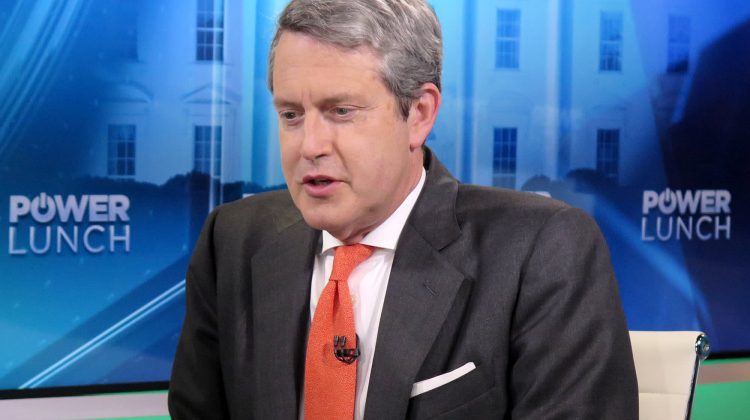 With the Federal Reserve set to release a much-anticipated report this summer on the potential creation of a digital dollar, the central bank’s vice chair for supervision said Monday that he has significant doubts about the idea.

Fed Governor Randal Quarles expressed skepticism about most arguments made in favor of a central bank digital currency.

Among the downsides he cited are the challenges if the public could bypass traditional banks and go straight to the Fed for digital money. Along the same lines, he said the benefits that consumers get through bank competition might be diminished if the Fed stepped further into the space.

Also, he worried about the potential of cyberattacks on a system whose security would be difficult to design.

Proponents of a Fed-issued digital dollar say it could speed up payments systems, particularly internationally. They also cite the benefits for the unbanked or under-banked who don’t have access to the existing digital payments system.

Essentially, a Fed digital currency would act the same as the digital dollars that are exchanged every day, except instead of being guaranteed by banks they would be backed by the Fed. Those who don’t have bank accounts could use the Fed system to transfer money back and forth. Advocates say, for example, that getting stimulus checks out to people during crises like the Covid-19 pandemic would be made easier through a central bank digital currency system.

But Quarles said the system could be difficult and expensive to design, likely would require an act of Congress and would be redundant for the systems already in place.

His remarks come with the Fed set to release a research paper this summer to explore the issue further. Some other Fed officials, such as Governor Lael Brainard, have expressed support for the CBDC.

In announcing the study, Fed Chairman Jerome Powell said in May that the “focus is on ensuring a safe and efficient payment system that provides broad benefits to American households and businesses while also embracing innovation.”

CBDC advocates worry that the Fed could lose its place in the global financial system if it doesn’t keep up in the space, with the hegemony of the U.S. dollar as the world’s reserve currency ultimately coming under threat.

But Quarles said that it “seems unlikely” that any real threat to the American currency could emerge thanks to its relatively stable value, continued importance in global financial markets and the depth and systemic importance of Treasurys and the greenback.

He also said he sees little threat from cryptocurrencies like bitcoin, which have been likened to gold in terms of safe havens against instability and inflation.

“Gold will always glitter, but novelty, by definition, fades,” he said. “Bitcoin and its ilk will, accordingly, almost certainly remain a risky and speculative investment rather than a revolutionary means of payment, and they are therefore highly unlikely to affect the role of the U.S. dollar or require a response with a CBDC.”

Quarles said he sees the process involved with the Fed research as “genuinely open” and “without a foregone conclusion,” though in his view the “bar to establishing a U.S. CBDC is a high one.”