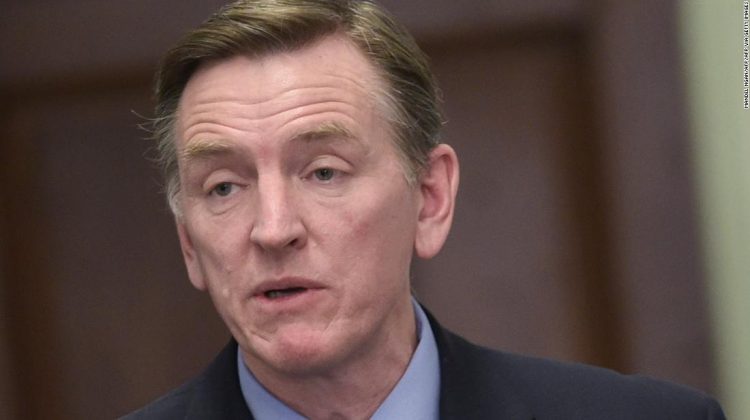 During the hearing, Republican Rep. Paul Gosar of Arizona — who voted against certifying Joe Biden’s victory on January 6 — focused part of his questions for FBI Director Christopher Wray on the US Capitol Police officer who shot and killed Ashli Babbitt, one of the rioters that day.

Gosar said Babbitt had been “executed” and that “(t)he Capitol Police officer that did that shooting appeared to be hiding, lying in wait and then gave no warning before killing her.” The Arizona Republican also questioned why the name of the officer has not been made public.

Babbitt’s fatal shooting occurred as a crowd pushed toward a doorway — barricaded by chairs and guarded by Capitol Police — that was the entrance to the Speaker’s Lobby in the US Capitol. Video of the shooting from The Washington Post appears to show Babbitt attempting to climb into the Speaker’s Lobby when she was fatally shot.

“The investigation revealed no evidence to establish that, at the time the officer fired a single shot at Ms. Babbitt, the officer did not reasonably believe that it was necessary to do so in self-defense or in defense of the Members of Congress and others evacuating the House Chamber,” the Justice Department statement said.

According to the Justice Department, Capitol Police officers were evacuating lawmakers from the House Chamber as Babbitt and others were attempting to break into the Speaker’s Lobby, which connects directly to the chamber.

“Members of the mob attempted to break through the doors by striking them and breaking the glass with their hands, flagpoles, helmets, and other objects,” the Justice Department statement says. “As members of the mob continued to strike the glass doors, Ms. Babbitt attempted to climb through one of the doors where glass was broken out. An officer inside the Speaker’s Lobby fired one round from his service pistol, striking Ms. Babbitt in the left shoulder, causing her to fall back from the doorway and onto the floor.”

Babbitt was given medical assistance immediately and taken to a hospital, where she was pronounced dead.

In response to Gosar’s comments Rep. Liz Cheney — a Wyoming Republican who was removed from her leadership role in the House GOP conference in May in part for speaking out against former President Donald Trump’s lies — wrote on Twitter on Tuesday, “It is disgusting and despicable to see Gosar lie about that day and smear the men and women who defended us.”

“On January 6, as the violent mob advanced on the House chamber, I was standing near (Gosar) and helped him open his gas mask,” Cheney wrote.

CNN has reached out to Gosar’s office for comment.