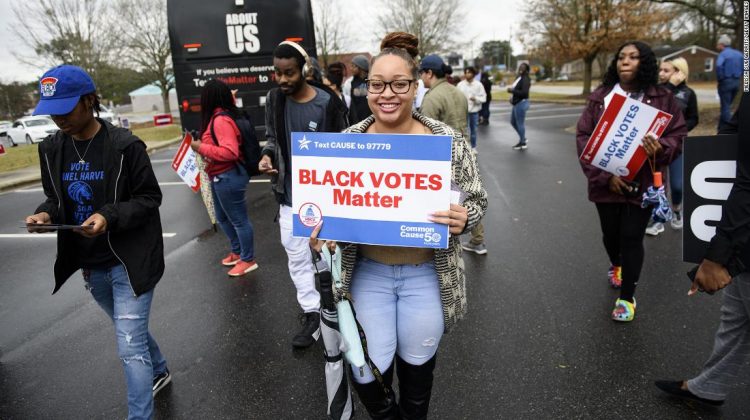 The bill — which would make major changes to rules on voting, voter registration, campaign finance, redistricting, and other elections-related topics — has been the subject of repeated misinformation from its Republican opponents (along with, of course, some factual criticism).

The bill’s supporters do not appear to have the 60 votes required to overcome a Republican filibuster.

Here is a brief guide to four significant false claims about the legislation.

Facts First: Cruz’s claims are false. The bill does propose an automatic voter registration system, but its text repeatedly makes clear that only US citizens would be eligible to be registered to vote under that system; it is just not true that the bill would register anyone at all who interacts with the government or that the bill is intended to register millions of undocumented immigrants.

You can read a longer fact check here.

Republican Sen. Lindsey Graham of South Carolina claimed Friday that the bill would stop Republican-controlled state governments from drawing the boundaries of congressional districts and instead give that redistricting power to “Democratic-appointed” commissions “created in Washington.”

Facts First: The bill would indeed transform the redistricting process, but Graham was wrong in two ways about the specifics of the transformation. The bill would require states to create their own independent redistricting commissions; redistricting power would not be handed to a commission in the nation’s capital. And members of each state’s commission — which would be made up of five Republicans, five Democrats, and five people unaffiliated with either party — would be appointed through a process that would have to involve cross-partisan consensus, not simply appointed by Democrats.

You can read a longer fact check here.

Felons and the vote

Cruz claimed at a press conference last week that the bill would mandate “that all felons be allowed to vote.”
Facts First: Cruz exaggerated when he said “all” felons. The bill would require states to let citizens who committed felonies cast a vote if they are not incarcerated at the time of the election. The bill would not allow incarcerated felons to vote.

Various Republicans have claimed that the bill would “ban” voter identification laws or “ban voter ID” in general. ​

Facts First: This is false. The bill would not prohibit states from having voter identification laws and would not prohibit states from checking the IDs of in-person voters​. Rather, it would require states to give voters an alternative to showing the ID the states normally demand — specifically, to allow voters who do not show that ID to instead submit signed statements under penalty of perjury attesting to their identity and eligibility to vote.

Critics are entitled to argue that this provision would weaken or undermine state voter ID laws; Senate Minority Leader Mitch McConnell said Tuesday, for example, that the bill would mean a “neutering” of voter ID laws.

But it’s just not true to claim the bill completely prohibits ID laws or ID checks.

For absentee ballot applications in particular, the bill says states can’t require any form of identification except for a signature or “similar affirmation.” It says, though, that this policy has “no effect” on ID requirements for first-time voters registering by mail. And as the National Conference of State Legislatures notes on its website, state voter ID requirements generally don’t apply to mail-in or absentee ballots anyway.