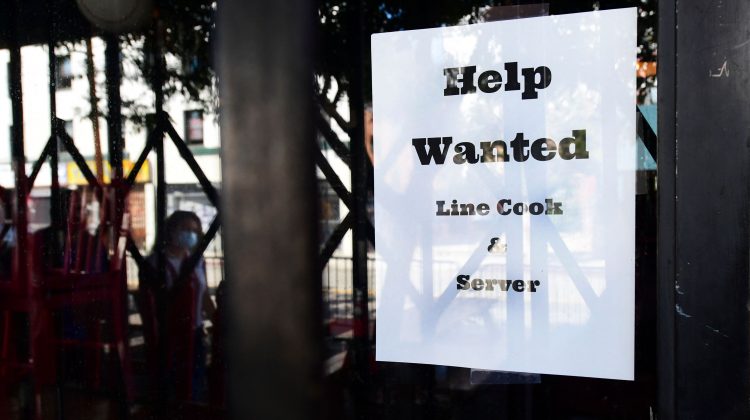 Job hunting has been muted in 12 states that opted out of federal unemployment programs in recent weeks, suggesting the policy may not be working as planned, according to a new analysis.

The states have ended the pandemic-era benefits — including an extra $300 a week — since June 12, about three months ahead of their Sept. 6 expiration.

They’re the first among a total of 25 states, all led by Republican governors, withdrawing from the programs to encourage recipients to look for work amid record job openings.

Generous benefits offer an incentive to stay home and make it difficult for businesses to hire, the governors claim. Critics say benefits aren’t having a large effect on worker decisions and that curtailing funds will harm the economy by cutting household spending.

However, workers in the dozen states that already curtailed federal aid are looking for jobs with less vigor than in other areas, according to an analysis published Tuesday by job site Indeed.

More from Personal Finance:
Worried about inflation? A certificate of deposit may not be the answer
Families can now opt out of monthly child tax credit
He’s 75 and facing eviction

That’s the opposite dynamic of what one would expect, given the policy intent of ending benefits early, according to AnnElizabeth Konkel, an economist at Indeed.

“People in those states are less likely to be searching than your average jobseeker right now,” she said.

Job searches are about 4% below the national average in Alaska, Iowa, Mississippi and Missouri, which ended benefits on June 12, according to Indeed data.

“You’d think they’d be searching more,” Konkel said. “At least right now, this does push back on the idea that federal unemployment benefits are the main reason there are labor market frictions.”

The data, measured by clicks on job postings, could shift in coming weeks, she said.

It’s difficult to say with certainty what effect enhanced benefits are having on the labor market without allowing more time to pass, according to Michael Strain, director of economic policy studies at the American Enterprise Institute, a right-leaning think tank.

But it’s likely the labor market has recovered to a point where the $300 weekly supplement is having a negative effect, he said.

“The challenge for public policy is balancing the good with the bad,” Strain said.

“In June 2021, my view is unemployment benefits of the generosity we’re providing them are doing more harm than they are doing good — to workers and the economy as a whole,” he added.

Unemployment benefits typically replace about half a worker’s pre-layoff wages.

Congress raised weekly aid by $600 in the early days of the Covid pandemic. Lawmakers also gave funds to the long-term unemployed and groups like the self-employed and gig workers who are typically ineligible for state benefits.

They’ve since cut the weekly subsidy in half — to $300 a week — and made federal benefits available through Labor Day.

That extra $300 pays about 42% of recipients as much or more than their prior wages, according to an estimate from University of Chicago economist Peter Ganong. (These are primarily low-wage workers.)

“That makes it a bad financial deal to get a job for a large share of the workforce,” Strain said.

Labor force participation has stayed relatively flat, a concern especially as there were a record number of job openings in April, he said.

However, economists have pointed to reasons other than benefits for the labor market dynamics.

For one, Covid health concerns are likely causing some to stay home, they said.

A highly contagious Covid variant has accounted for a greater share of U.S. cases, and just 56% of U.S. adults are fully vaccinated against Covid-19. The Biden administration said Tuesday it will likely miss its goal to get 70% of adults vaccinated by the Fourth of July.

Restarting the economy (and its associated job uptake) isn’t as easy as flipping a switch, economists said.

“I don’t think it’s the whole puzzle,” Konkel said of enhanced benefits. “I think it’s one piece of the puzzle.”

Some also question the notion of a labor shortage.

The Federal Reserve Bank of San Francisco estimated the $300 supplement has had a “small but likely noticeable” impact on job search and worker availability in early 2021.

If 7 out of 28 unemployed individuals get job offers they’d normally accept, the availability of the extra $300 a week pushes 1 of the 7 to decline the offer, according to its projection.

Beyond the $300, most of the Republican states are also ending Pandemic Unemployment Assistance for the self-employed and gig workers ahead of schedule. These workers are losing benefits entirely.

“I don’t think it’s the right thing to do from a policy perspective to take those workers down to zero,” Strain said.

Instead, eligibility for these benefits should gradually tighten and workers should be given notice, he said.