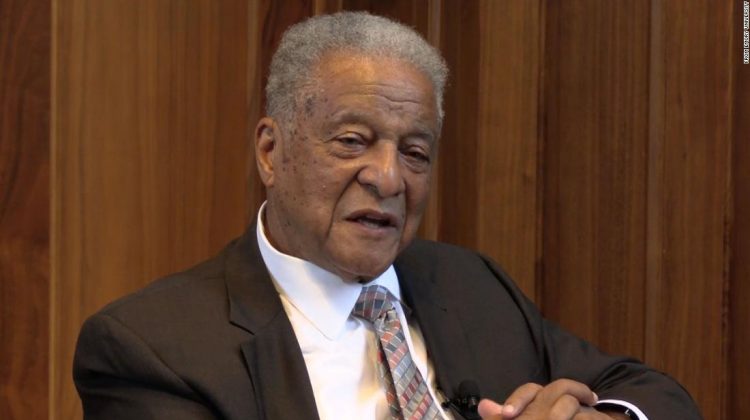 The Emory University School of Medicine formally apologized to Hood, inviting him to speak at the Atlanta, Georgia, university Thursday as part of a Juneteenth event.

“As a university, acknowledging our past is a necessary step toward an empowered future,” said Carolyn Meltzer, the School of Medicine’s executive associate dean for faculty academic advancement, leadership and inclusion, in a statement. “Our conversations with Dr. Hood have solidified the School of Medicine’s commitment to accountability, in alignment with the university’s strategic goals for a more inclusive Emory.”
During the talk, Hood spoke about his journey to medicine, including how he became interested in the subject and why he applied to Emory in the first place. The school initially wasn’t on his radar, he said, but he applied when an Emory professor received an honorary degree at Hood’s graduation ceremony from Clark College.

“And when they gave him the honorary degree, I said to myself, ‘Gosh, he can come over here at my school and get an honorary degree, and I can’t even put my foot on his campus,'” Hood said. “And I didn’t think that was quite right.”

So in 1959, Hood applied to Emory’s medical school. The rejection took less than a week, he said.

“I am sorry I must write you that we are not authorized to consider for admission a member of the Negro race,” wrote L. L. Clegg, the school’s director of admissions at the time, according to the school.

Emory returned his $5 admissions fee. “I don’t even know if they looked at my credentials,” Hood said.

That didn’t stop him, though. Hood eventually went to attend medical school at Loyola University in Chicago, specializing in gynecology and obstetrics.

“Life is full of hurdles,” Hood said at the event. “But the thing that I thought is if there’s a hurdle there, there must be a way to get around it or over it.”

Emory didn’t desegregate until 1962, when the Georgia Supreme Court sided with the university in its challenge to state laws that denied tax-exempt status to schools that racially integrated. Emory admitted its first Black medical student, Hamilton E. Holmes, the next year, the school said.

Before attending Emory, Holmes, along with Charlayne Hunter-Gault, were the Black students that integrated the University of Georgia in 1961.
Before integration, Emory had already admitted students of other races, enrolling Asian students as early as the 1890s, according to the university’s historian. The founders of the college were largely supporters of slavery, and the school is named after John Emory, a Maryland bishop who owned slaves.