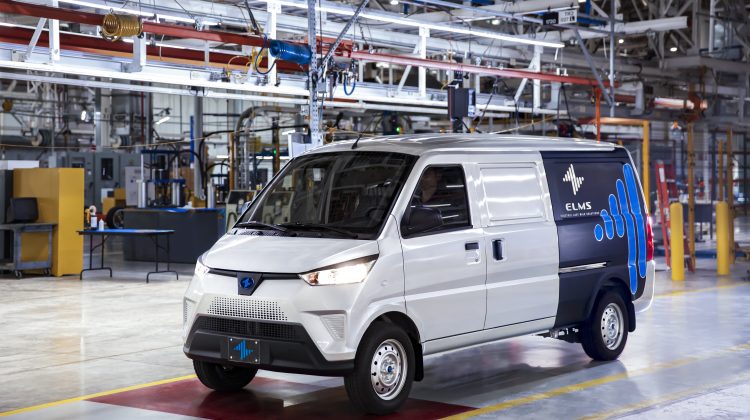 Shares of Electric Last Mile Solutions popped on their trading debut Monday on the Nasdaq, adding to a growing list of speculative electric vehicle start-up companies to go public through deals with special purpose acquisition companies.

The Michigan-based company plans to begin production of a small electric commercial van at a factory in Indiana this fall, according to ELMS CEO James Taylor. The plant last produced gas-guzzling Hummer SUVs in the mid-2000s.

Taylor, a former executive with General Motors, believes the company is different than other EV start-ups because it is concentrating exclusively on commercial vehicles. Its electric van also is based off a vehicle already being produced by Chongqing Sokon Industry Group Stock in China.

The ELMS Urban Delivery, anticipated to launch later this year, is expected to be the first Class 1 commercial electric vehicle available in the U.S. market and will be produced at the Company’s facility in Mishawaka, Indiana.

“We require much less capital. We have a break even point much earlier and, frankly, our plan from day one has been very, very conservative,” he said during an interview Monday on CNBC’s “Squawk Box.” “Our overall risk is much, much lower than the other entrants in this space form an EV standpoint.”

ELMS agreed to go public through a reverse merger with blank-check company Forum Merger III Corp. in December that valued the EV company at $1.4 billion.

When the deal was announced, investors were bullish on EV start-up companies such as ELMS. However, that bullishness has turned to skepticism this year following SPAC-backed automotive companies such as Lordstown Motors and Canoo changing business plans and ousting top executives amid inquires by the U.S. Securities and Exchange Commission. There’s also more competition coming in the EV market from established automakers such as GM and Ford Motor.

Taylor said ELMS is “very pleased” to have obtained its cash and close the deal when it did instead of trying to do so now.

“I’m glad we’re not starting a SPAC today,” he said. “No question, there’s been some challenges in a few of the SPACs.”

The deal provided ELM with $379 million in gross proceeds, including $155 million from private investors such as BNP Paribas Asset Management and Jennison Associates.