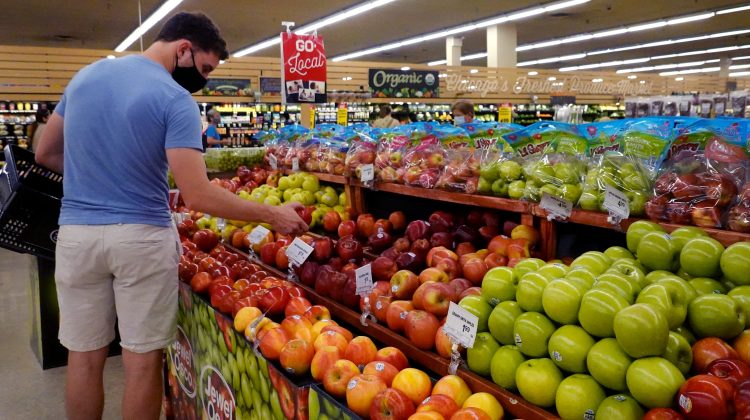 Federal Reserve officials are underestimating inflation and risking that the U.S. could fall into another recession, Mohamed El-Erian, the Allianz chief economic advisor, told CNBC on Monday.

Central bank leaders insist that the recent round of price pressures will subside once short-term supply chain bottlenecks clear and the 2020 economic shutdown period is no longer part of the year-over-year comparisons.

But El-Erian said he sees growing evidence that the Fed is wrong.

“I have concerns about the inflation story,” he told CNBC’s Becky Quick during a “Squawk Box” interview. “Every day I see evidence of inflation not being transitory, and I have concern that the Fed is falling behind and that it may have to play catch-up, and history makes you very uncomfortable if you end up in a world in which the Fed has to play catch-up.”

If the Fed does fall into that position, it may have to raise interest rates and otherwise tighten monetary policy sooner than it would like.

“Normally, we end up with a recession because you have to slam on the brakes as opposed to slowly taking your foot off the accelerator, which is what believe is going to happen,” El-Erian said.

The economy is still technically in a recession that began in February 2020, according to the National Bureau of Economic Research, considered the official arbiter in such matters. However, real GDP is just a shade below where it was when the downturn started and is likely to pass that level when the second quarter data comes in.

Inflation, though, has thwarted recoveries in the past, and recent data tell conflicting stories about the current pace.

The Fed’s favorite gauge, the personal consumption expenditures price index excluding the volatile food and energy sectors, in May rose 3.4% from a year ago, the highest level since 1992 an well above the central bank’s 2% target.

That came after a 5% increase in the consumer price index and a 6.6% burst in the producer price index, both well higher than anything the U.S. has seen since at least before the financial crisis.

But much of the price pressures have come in areas particularly germane to the economic recovery – used car prices, air fares, hotel prices and the like.

While Fed officials see those factors abating in the coming months, El-Erian said he’s not so sure, even if the financial markets don’t seem to care.

“If you were actually to look at the numbers on inflation, you would start having serious doubts in your mind as to how transitory inflation is,” El-Erian told CNBC’s Becky Quick on “Squawk Box.” But as long as the Fed believes it’s transitory, that is what matters for markets.”