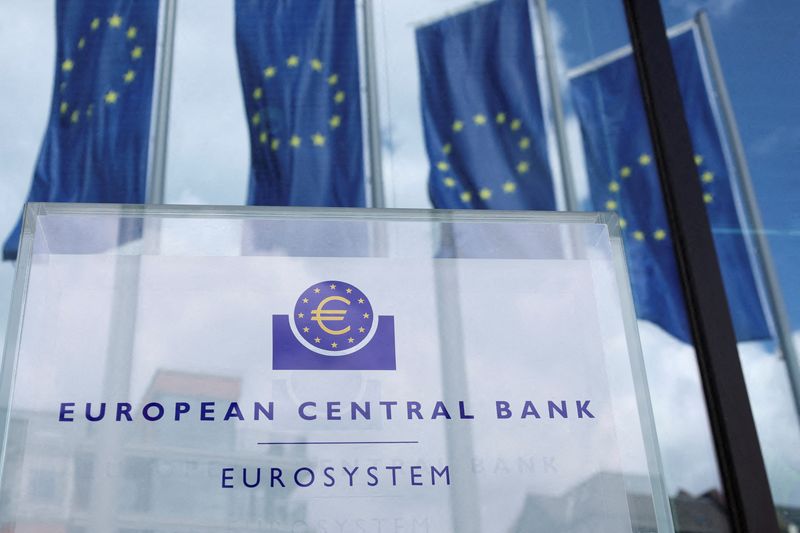 By Virginia Furness and Francesco Canepa

The ECB’s green ambitions are in the spotlight after board member Isabel Schnabel this week said the bank must step up efforts to become more climate friendly.

But other central bank policymakers, including from the ECB and U.S. Federal Reserve, have said tackling climate change is for governments not central bankers.

And analysts fear such action by the ECB could go against central banks’ mission of maintaining market stability.

Schnabel, head of the ECB’s market operations, said the ECB was meant to tilt its corporate bond holdings towards greener assets via new purchases but new bond buys have been stopped and reinvestment will soon be wound down as part of its inflation fight.

Schnabel said the ECB needed now to consider a reshuffling of its 345-billion-euro corporate bond portfolio towards greener issuers.

She faced immediate pushback from ECB policymaker Pierre Wunsch, who said it was for governments to fight climate change. But her comments got market watchers running the numbers.

Analysis from sustainable finance think tank Anthropocene Fixed Income Institute (AFII) showed the ECB could cut the carbon footprint associated with its corporate bond holdings by 87% if it sold just 48.3 billion euros of debt from the 25 top polluters.

These included oil and gas companies such as Shell (LON:), TotalEnergies, Repsol (OTC:) and BP (NYSE:).

“This is an extremely high concentration of carbon in a few names,” said AFII founder Ulf Erlandsson, adding the total emissions they account for is substantial in the context of annual global CO2 emissions of around 30-40 giga tonnes.

Financial institutions worldwide are looking to reduce the climate-damaging greenhouse gases emitted into the atmosphere by the companies they lend to, as part of efforts to cap global warming, yet central banks have been more cautious.

U.S. Fed chair Jerome Powell has said the bank’s regulatory powers give it a narrow role to ensure financial institutions “appropriately manage” the risks they face from climate change. “We are not, and will not be, a ‘climate policymaker'”, he said.

But ECB President Christine Lagarde has made greening monetary policy one of her objectives. The Bank of England set out plans to “green” its corporate bond portfolio in 2021 but these were soon overtaken by a decision to unwind all holdings as part of its fight against inflation.

While calculating the carbon footprint of the ECB’s portfolio is challenging, AFII estimates it to be around 438 million tonnes of CO2 annually – more than Italy or France emitted in 2017, based on European Union data.

The ECB does not disclose how much it owns of any individual bond so AFII’s estimate is based on the assumption that it holds an average of 27% of each of the outstanding bond of Corporate Sector Purchase Programme- eligible issuers.

Some analysts say that any ECB selling of so-called “brown bonds” — those issued by highly polluting companies in sectors like utilities and energy — would distort the market.

Sylvain Broyer, chief economist for Europe, the Middle East and Africa at S&P Global Ratings, said it would lead to “massive repricing” of corporate debt and go against the ECB’s focus of maintaining market stability.

Another objection is that selling the bonds would penalise high-emitting companies that are looking to become more environmentally friendly and need financial backing to do so.

The ECB is already addressing that problem by giving companies climate scores that are based not just on their current performance but also on their goals and climate disclosures.

The ECB uses those scores to steer its bond purchases towards greener issuers.

Larissa de Barros Fritz, fixed income strategist at ABN Amro, estimated any move by the ECB to sell brown to buy green bonds could mean spread widening of 7-15 basis points for bonds that the ECB would no longer buy.

For Trisha Taneja, global head of ESG for the origination and advisory division at Deutsche Bank (ETR:), excluding the most polluting companies altogether would also make the ECB’s portfolio too unbalanced.

“[This] is why… the approach should be in a tilt towards credible transition strategy, rather than towards current climate performance,” she said.