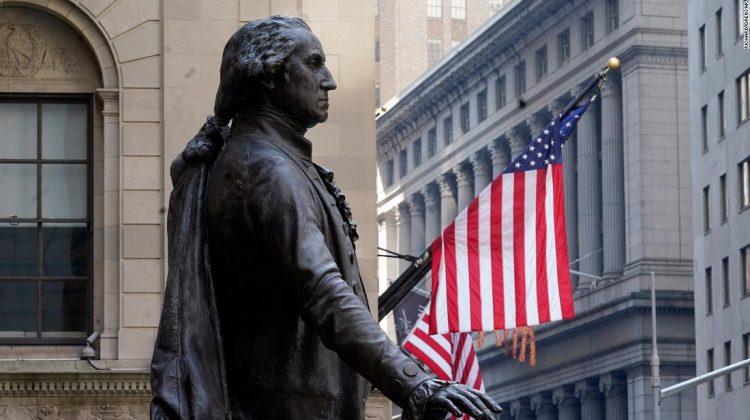 The Dow (INDU) surged more than 550 points, or 1.7%, in the early afternoon, and the S&P 500 (SPX) — the broadest measure of Wall Street — was up 1.2%. The tech-focused Nasdaq Composite (COMP) rose 0.7%.
The Dow stands to snap a five-day losing streak, its longest since January, while the S&P is looking at its first gain in four days — its longest losing streak since February.

Monday’s rebound is bringing the Dow back a little from “extremely oversold levels,” said analysts at Bespoke Investment Group.

The stock market losses came on the heels of last week’s Federal Reserve policy update, which paved the way for a sooner-than-predicted interest rate hike.

The Fed’s projections showed interest rates would increase in 2023, though some central bank officials even think a rate hike would be feasible next year. On Friday, St. Louis Fed President James Bullard said during an interview with CNBC that he believes rates should be raised as soon as the end of 2022.

Higher interest rates are perceived as negative for stocks even if they come on the coattails of a stronger economy because they would mean higher borrowing costs for companies.

Pain in the crypto-verse

But it’s not all rallies and green arrows Monday. Bitcoin dipped nearly 7%, dropping to its lowest level in about two weeks. One bitcoin bought more than $32,300, according to Coindesk data.

The drop came on the back of China cracking down further on cryptocurrencies, both in terms of mining bitcoin and trading digital currencies.