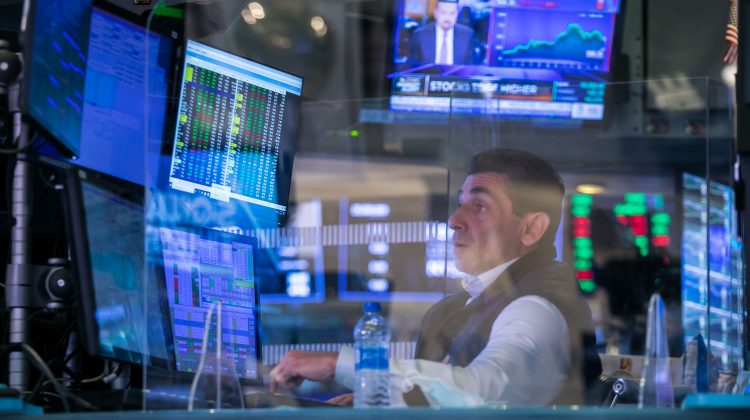 U.S. stock futures rose in overnight trading on Thursday after the S&P 500 closed at a record.

Nike‘s stock rose nearly 5% in extended trading after the company reported earnings of 93 cents per share, outpacing a Refinitiv estimate by 42 cents per share. Revenue came in at $12.34 billion, topping a forecast of $11.01 billion. Digital sales were up 41% since last year and 147% from two years ago. FedEx dipped 4% despite beating on the top and bottom lines of its earnings. FedEx also gave a strong yearly outlook.

Shares of the major U.S. bank popped after the Federal Reserve announced the banks could easily withstand a severe recession. The Fed, in releasing the results of its annual stress test, said the 23 institutions in the 2021 exam remained “well above” minimum required capital levels during a hypothetical economic downturn. Bank of America and Wells Fargo rose 1.8% and 2.7%, respectively.

Investors will be watching for a key inflation indicator on Friday morning when the Commerce Department releases the core personal consumption expenditures index. Economists polled by Dow Jones are expecting prices rose 3.4% in May from a year earlier. Economists also estimate prices increased by 0.6% from April to May.

The index captures price movements across a variety of goods and services. It is also generally considered a wider-ranging measure for inflation as it captures changes in consumer behavior and has a broader scope than the Labor Department’s consumer price index.

The technology-heavy Nasdaq Composite rose to a fresh record of 14,369.71 as investors continued to pour into growth stocks. Cathie Wood’s flagship fund, ARK Innovation, rose 1.5% and went positive for the year.

President Joe Biden announced Thursday that the White House struck an infrastructure deal with a bipartisan group of senators. The lawmakers have worked for weeks to craft a roughly $1 trillion package that could get through Congress with support from both parties. The framework will include $579 billion in new spending on transportation like roads, bridges and rail, electric vehicle infrastructure and electric transit, among other things.

Following last week’s Federal Reserve induced sell-off, stocks are heading into Friday with likelihood of ending the week higher. The Dow is up 2.7% this week and the S&P 500 has risen 2.4% since Monday. The Nasdaq is up 2.4% this week.