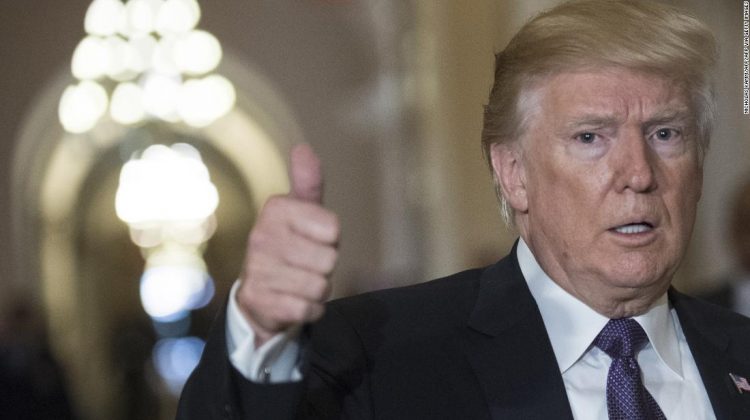 In an interview with David Brody for Just the News’ “Water Cooler” show, Trump was asked about the possibility of reinstatement. Here’s how he responded:

Literally none of that is right. Or close to it.

The election wasn’t fraudulent. All 50 states plus the District of Columbia certified the vote. The Electoral College count was affirmed by Congress. There has been no evidence of any sort of widespread voter fraud — whether nationally or in an individual state.

And remember that the former President has gone out of his way to elevate this ongoing circus of a recount in Arizona — suggesting, against all proof to the contrary — that it’s a serious thing that could well overturn the result in the state. (There is zero chance of that happening.)

So if and when the “recount” ends and its Trump-loyal backers declare something like we can’t know who really won, then the former President’s supporters will look to statements like “it’s gonna be up to the public” and think that he is urging them to take to the streets.

(Sidebar: If you think this, uh, recount is going to come out and say that election officials got it all right and that President Joe Biden beat Trump in Arizona, I have an emerging video rental business by the name of Blockbuster you might be interested in.)

And well, January 6 gave us a sense of what happens when you have an irresponsible leader pushing a debunked conspiracy theory on a group of people who have been fed lies about their government for years.

Whether Trump realizes it or not (and I think he does and just doesn’t care), giving people reason to believe that he actually could somehow wind up back in the White House and that the power to make that happen could well lie with them is the equivalent of pouring lighter fluid on a fire.

The Point: Don’t be surprised by what comes next. Words matter.