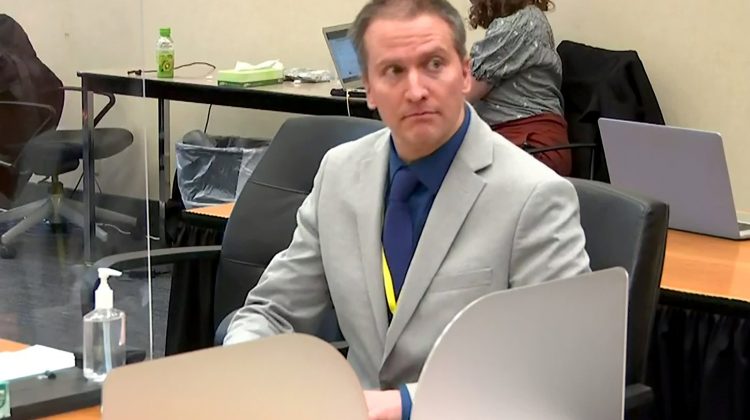 The denial came just hours before the judge is due to sentence Chauvin for the murder of George Floyd, a Black man whose videotaped brutal killing in May 2020 sparked demands for reform of U.S. police departments.

That is a decade less than the maximum possible sentence he faces on the charge of second-degree murder, the most serious of the three counts of which he was convicted by a jury on April 20 after trial.

Chauvin’s lawyer is asking the judge to sentence the 45-year-old white ex-police officer to probation, with time served in jail since last year.

The presumptive sentence for Chauvin under Minnesota’s sentencing guidelines is 12-and-a-half years.

Chauvin held his knee on or near Floyd’s neck for more than nine minutes, as the 46-year-old was prone on the ground, while detaining him on suspicion of using a counterfeit bill for a purchase, as three other Minneapolis cops stood by.

The shocking video of Floyd’s death, which was widely disseminated by news media and on social media, led to a wave of large protests across the nation against police brutality and systemic racism.

The three other now-ex cops involved in Floyd’s arrest, Tou Thao, J. Alexander Keung and Thomas Lane, were originally due to stand trial in August on charges of aiding and abetting murder and manslaughter in Floyd’s death. That trial is now scheduled for next March.

Cahill postponed that trial in light of a federal criminal indictment issued in May against the three officers and Chauvin for violating Floyd’s civil rights. The judge said he wanted the federal case to be handled first, and also wanted to put some time between Chauvin’s state trial, and that of the three other cops.