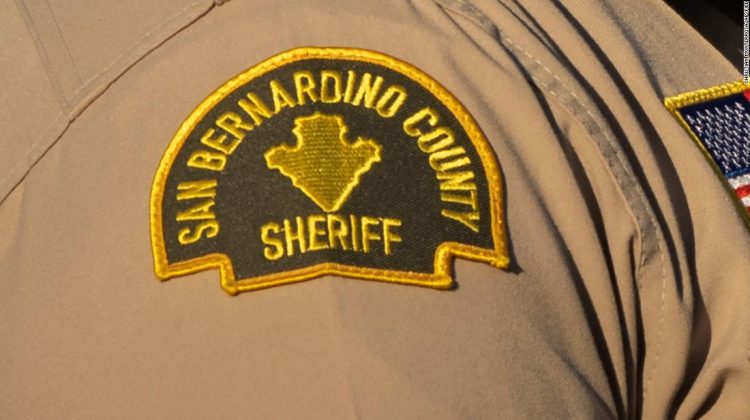 The incident occurred early Wednesday in Victorville, about 85 miles northeast of Los Angeles, after a motorcyclist failed to stop for a traffic violation, the San Bernardino County Sheriff’s Department said in a statement.

The driver, identified as Willie Jones, 33, led deputies on a high-speed pursuit through city streets and on Interstate 15, “narrowly missing several head-on collisions with oncoming vehicles,” the sheriff’s department said.

The pursuit ended around 12:45 a.m. PT when Jones ditched his motorcycle near a car dealership and fled on foot, according to the sheriff’s department.

Video obtained by TMZ from the car dealership shows a man hide under a truck, then get up, turn around and put his hands in the air as he faces an approaching deputy.

The man is then seen appearing to surrender by laying on his belly. A deputy approaches the prone suspect and appears to kick him swiftly in the head two times. The man is motionless as other deputies arrive to cuff him. He is assisted to his feet and limps away, cuffed, with a deputy escorting him.

“A supervisor arrived on the scene and discovered Jones’ arrest was captured on surveillance cameras from a nearby business. Once the supervisor reviewed the surveillance footage, there was immediate concern about a deputy’s actions,” the sheriff’s department said in Friday’s statement.

Authorities said the deputy has been a member of the department since April 2016, working at the Victorville station since September 2017.

Jones was provided medical care before he was booked on suspicion of felony evading with disregard for public safety, the sheriff’s department said. According to public jail records, Jones was released on bail and is no longer in custody.

CNN is seeking comment from Jones. It was unclear Monday whether he has a lawyer.

“This incident raises concerns,” Sheriff John McMahon said in a news release. “I expect my deputies to remain professional while engaging the public.

“A full investigation is underway, and the involved deputy has been placed on Administrative Leave while detectives from our Specialized Investigations Division complete their investigation into the use of force. Once the investigation is completed, it will be submitted to the District Attorney’s Office for their review.”

“It’s unfortunate when incidents like these occur because it causes turmoil within our communities and equally amongst our deputies who pride themselves on providing professional service,” he said. “We take these matters seriously and want to assure you that a thorough investigation will be conducted.”

The car dealership did not answer calls Monday morning.