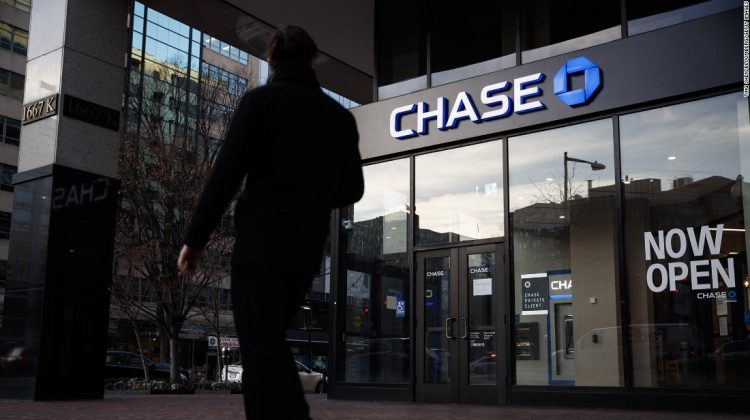 Despite the chaos set off by the pandemic, JPMorgan (JPM) collected nearly $1.5 billion in overdraft fees last year, more than any other lender, according to a letter signed by Reps. Carolyn Maloney, Kathleen Rice, Gregory Meeks and Tom Suozzi.

“It is deeply troubling that financial institutions, including our nation’s largest banks, profited off fees charged to those struggling the most as the Covid-19 economic crisis left many families in severe financial distress,” the lawmakers wrote in a Wednesday letter to JPMorgan Chase CEO Jamie Dimon.

The Democrats pointed out that New York was one of the state’s hardest hit by the pandemic, and that a recent analysis showed US banks raked in $1.7 billion in fees from New Yorkers during the pandemic.

“We urge you to refund the overdraft fees JPM charged to consumers during the Covid-19 pandemic and to change JPM’s overdraft practices to stop charging these predatory fees in the future,” the lawmakers wrote.

The letter highlights that federal bank regulators urged banks in March 2020 to work with customers impacted by the health crisis.
The campaign by New York lawmakers adds to the pressure facing JPMorgan, and banks broadly, around overdraft fees, which are a key source of revenue for lenders. Democratic Senator Elizabeth Warren slammed Dimon during a hearing last month as the “star of the overdraft show.”
Consumer advocates argue these fees unfairly punish society’s most vulnerable, disproportionately hurting low-income consumers and communities of color.

“Our regulators encouraged banks to do things like waive fees and delay/defer payments for affected customers — which is exactly what we did,” a JPMorgan spokesperson said in a statement.

JPMorgan said that “with no questions asked,” it waived fees and delayed payments for about 3 million accounts for customers who said they were affected by Covid-19. Altogether, the bank said it waived over $650 million in fees, including $430 million in overdraft fees.

Meanwhile, JPMorgan pointed to a range of improvements it has made to overdraft policies in recent years, including introducing an overdraft-free, low cost bank account and showing check transactions as “pending” to give customers a chance to make deposits to prevent overdrawing their accounts.

Maloney, one of the New York lawmakers who wrote to Dimon, plans to reintroduce legislation that would crack down on what she views as “predatory” overdraft fees.

Earlier this month, Ally Bank became one of the largest lenders to eliminate all overdraft fees. Jeffrey Brown, the CEO of Ally Financial, explained at that time that that the fees are a “pain point for many consumers but are particularly onerous for some.” He added, “It is time to end them.”