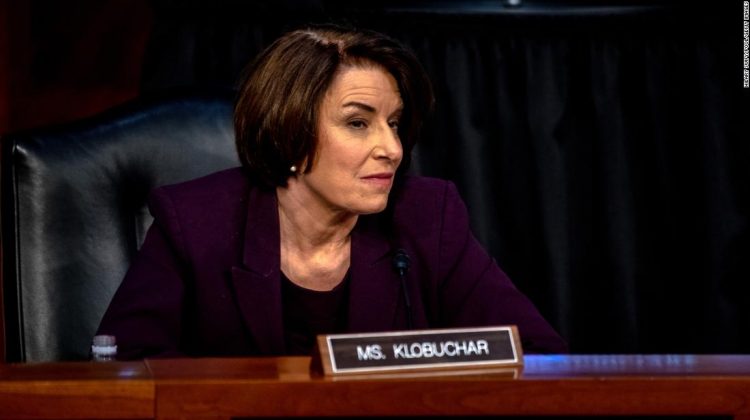 The Democratic-led Senate Rules Committee plans to move ahead with a series of hearings, including in Georgia, calling for passage of new legislation — as well as to spotlight Republican-led efforts at the state level to enact restrictive measures in the wake of the growth of mail-in voting during the 2020 election season.

At the center of the list: Georgia, the state that President Joe Biden narrowly won and that elected two Democratic senators, effectively giving their party control of the Senate — and prompting former President Donald Trump’s outrage and conspiracy theories that the election was somehow stolen. Since then, Republicans in Georgia have pushed through new voting restrictions in a state that could again determine the Senate majority in the 2022 midterm elections.

Minnesota Sen. Amy Klobuchar, who chairs the Senate Rules Committee, plans to hold a field hearing in Georgia, along with a series of other hearings that she says will draw attention to GOP efforts at the state level and renew calls for the Democratic push for a broader bill at the federal level.

“This fight has just begun,” Klobuchar said in a statement to CNN. “That’s why, as chairwoman of the Rules Committee, I am announcing a series of hearings on the urgent need to pass critical voting, campaign finance, and ethics reforms, including a field hearing in Georgia to hear testimony on the recently enacted legislation to restrict voting in the state.”

The move underscores the legislative reality for Democrats: They lack 60 votes to overcome a Republican-led filibuster in the 50-50 Senate and are looking for ways to keep the issue front and center in the run-up to the midterms next year.

Even if Democrats were to break up their sweeping bill, which Republicans say is tantamount to a federal takeover of state-run elections, they would almost certainly still fall short of a supermajority to pass legislation on an issue that badly divides the two parties.

Democrats have been eager to show that their party is united — that all 50 of their caucus members in the Senate are on the same page — a reason why they have worked furiously behind the scenes to win the support of West Virginia Sen. Joe Manchin, who also opposes his party’s bill. Instead, Manchin has proposed a pared-back alternative plan — and announced Tuesday he would vote to proceed to the legislation in order to make changes to the underlying bill.
But Democrats won’t be able to open debate on the legislation since they lack 60 votes, prompting many in their caucus to call for changes to the Senate’s filibuster rules to lower the threshold to 51 votes from 60. Yet Manchin, Arizona Sen. Kyrsten Sinema and other Democrats — such as New Hampshire Sens. Maggie Hassan and Jeanne Shaheen — have yet to embrace gutting the filibuster’s 60-vote threshold, with Manchin and Sinema the most outspoken opponents.

On Tuesday, Senate Majority Leader Chuck Schumer refused to say what his next steps would be on the voting issue. And he would not take off the table an effort to gut the 60-vote threshold, even though there’s not enough support to do that.

“As I said, we are not going to put the cart before the horse. We are going to have the vote, then we will discuss the future,” the New York Democrat said Tuesday when asked about the filibuster’s 60-vote threshold.