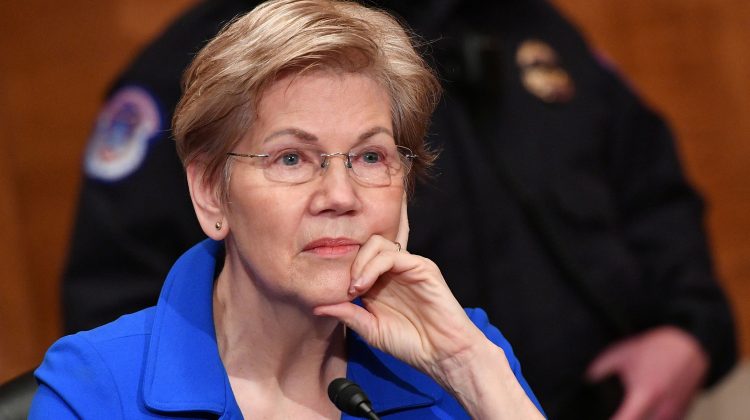 Democrats on Capitol Hill are urging President Joe Biden to extend the federal student loan payment moratorium by at least six months as the economy continues to rebound from the coronavirus pandemic.

In a letter to Biden obtained by NBC News, a group of Democratic lawmakers asked him to take action before the Sept. 30 deadline when loan forbearance is set to expire, requesting he extend the pause until March 31, 2022, or until the economy bounces back to pre-pandemic employment levels, whichever period is longer.

The effort is led by Sen. Elizabeth Warren of Massachusetts; Senate Majority Leader Chuck Schumer of New York; and Reps. Ayanna Pressley of Massachusetts and Joe Courtney of Connecticut.

“The suspension of payments and interest during the pandemic has provided essential relief to borrowers and their families during this economic and public health crisis,” they wrote to Biden.

“Restarting payments, however, will present a significant challenge for borrowers, loan servicers, and the Department of Education (ED), and we urge you not to let the payment pause lapse when borrowers are still depending on this financial relief,” the letter says.

The letter underscores the pressure Biden faces to address student debt as the Sept. 30 cliff draws near and as advocates grow increasingly frustrated with a president that they worry is uninterested in meaningfully engaging on the issue.

The federal student loan payment moratorium began in March 2020 when Congress passed the CARES Act, which paused payments through September 2020 and kept interest rates at 0 percent for the roughly 42 million federal borrowers in an effort to alleviate the economic impact of the coronavirus pandemic.

President Donald Trump then took executive action to extend the student loan payment deferral through January, and Biden on his first day in office signed an executive order continuing the pause through Sept. 30.

Neither the White House nor the Education Department have said whether the administration is seriously considering extending the forbearance. In May, Education Secretary Miguel Cardona said extending the pause was “not out of the question, but at this point it’s Sept. 30.”

Consumer advocates have warned that turning federal student loan payments back on after an 18-month pause will be a massive undertaking for the Education Department and will require a significant amount of outreach from the Biden administration to make sure borrowers are aware that payments are once again due.

“People need to know when they are going to start to have to making payments,” said Persis Yu, director of the National Consumer Law Center’s Student Loan Borrower Assistance Project. “Payments were turned off because a lot of people had their finances change due to the pandemic, so a lot of people don’t know what they would even pay because their income changed.”

“We’re very anxious about what the plan would be to turn on payments. Hopefully that plan will be communicated soon,” she added.

The Federal Reserve estimates that in the third quarter of 2020, Americans owed more than $1.7 trillion in student loans. Studies show that students of color are more likely to take on student debt and disproportionately struggle to pay it back. The highest default rates are among students who attended for-profit institutions.

In the letter to Biden, Democrats argued that the same people who are most effected by the economic impact of the pandemic — women and people of color — also make up a disproportionate share of student borrowers. They warn that requiring payments to restart in October could lead to a “wave of student loan defaults” that could “cause long-term damage to borrowers’ credit and financial stability and could put a sudden and unnecessary drag on the recovering economy.”

The call to extend the loan pause also comes as Democrats and advocates for debt cancelation have pressured Biden to use executive action to wipe out up to $50,000 in federal student loan debt for all borrowers.

White House chief of staff Ron Klain announced April 1 that Biden had directed the Education Department to prepare a memo examining his legal authority to wipe out debt through executive action, saying at the time that he was hopeful that it would be a matter of a “few weeks” before the memo was on the president’s desk.

But nearly three months since Klain’s comments, it is unclear when the department’s review will be completed. Neither the White House nor the Education Department have been able to provide a timeline for the review.

In the letter to Biden on Wednesday, Democrats encouraged the president to complete the review process before federally held student loan payments resume.

“However, given the fast-approaching deadline for borrowers to resume payments, it is critical that the Administration act as quickly as possible to extend the pause on payments and interest,” they wrote.