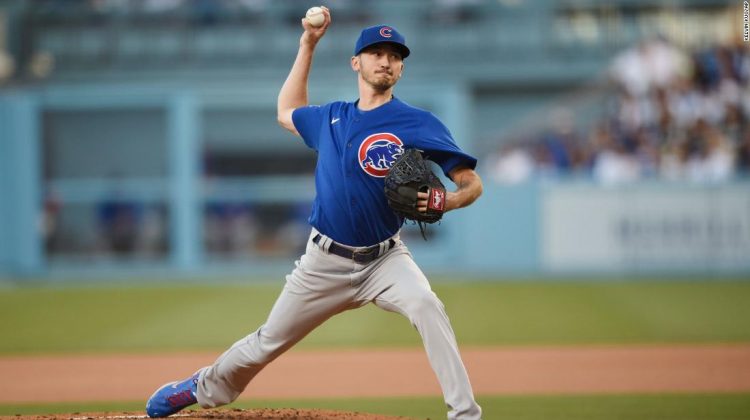 The latest came Thursday, when Chicago Cubs pitchers Zach Davies, Ryan Tepera, Andrew Chafin and Craig Kimbrel combined for the feat against the Los Angeles Dodgers at Dodger Stadium. This is the first combined no-hitter of the season.

Davies started the game and pitched six innings, giving up five walks and striking out four. Tepera pitched the seventh inning while Chafin handled the eighth, each walking a batter. In the ninth, Kimbrel walked his first batter on four pitches, but would close out the game, giving the Cubs a 4-0 win and their first combined no-hitter in franchise history.

“I’m not going to lie. I had no idea until the last out and everybody came running out,” Kimbrel said after the game. “I was just locked into the game and just going out there doing my job. Everybody did such a great job today. Zach took the ball and went out there did what we needed him to do. We needed this game today. There was no better way to do it than this.”

Cubs manager David Ross said after the game, “When you have that confidence in how these guys have been throwing, obviously that’s a huge deal, and a part of it you feel really secure about a four-run lead. And then you get to the ninth, I don’t know that I’ve been as nervous in a long time with a 4-0 lead and two outs with Craig Kimbrel on the mound than I was tonight.”

Ross also credited catcher Willson Contreras for his work behind the plate as well as hitting a two-run homer.

Earlier Thursday, the Boston Red Sox also were working on a combined no-hit bid in their road game against the Tampa Bay Rays. However, it was broken up in the bottom of the eighth inning, and the Rays would go on to win the game in the bottom of the ninth inning on a walk-off wild pitch.

Madison Bumgarner of the Arizona Diamondbacks also no-hit the Atlanta Braves in April, but the performance did not count as an official no-hitter because the game was shortened to seven innings for a doubleheader that day.