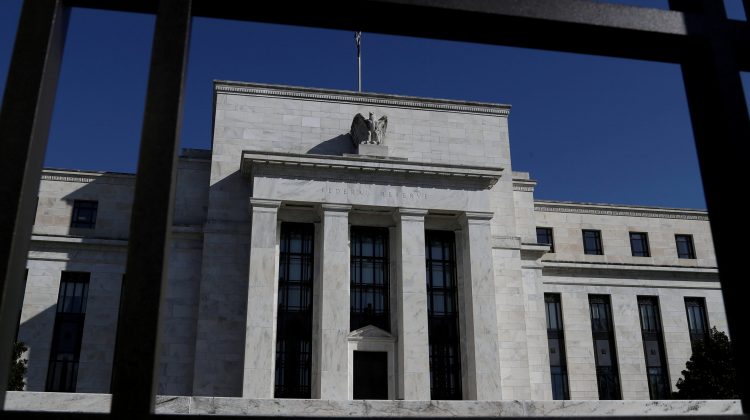 The stock market has overcome inflationary fears on the way to setting new records this year, but in C-suites, the concerns about input costs, wage pressures and Fed policy remain elevated.

U.S.-based chief financial officers see inflation as the biggest external risk factor that their businesses face, according to the CNBC Global CFO Council survey for the second quarter, surpassing Covid-19, cybersecurity and consumer demand. The quarter-over-quarter jump in inflation concerns was large, with virtually no CFO having cited it in the Q1 2021 survey.

The survey was conducted from June 1-June 16 among 41 members of the CNBC Global CFO Council, which represents some of the largest public and private companies in the world, collectively managing more than $5 trillion in market value across a wide variety of sectors. The survey closed on the second day of the recent Federal Open Market Committee meeting at which the Fed spoke more explicitly about inflation and the forecast for a move up in rates was pulled forward.

“Consumers are spending faster than businesses and governments can ramp up. The result has been friction upon re-entry. That means heat,” said Diane Swonk, chief economist at Grant Thornton.

But in the past two weeks, the market has bounced back from a post-Fed meeting swoon to set new records because the Fed view has remained that inflation is transitory, and the most recent national price index data has provided support for the policy. While year-over-year price index comparisons are peaking, the month-over-month increases have moderated, such as in last week’s personal consumption expenditure index.

The recent inflation numbers are more in line with what the Fed has been expecting, not a persistent price increase that goes on and on, said Erik Lundh, principal economist at the Conference Board. On a monthly basis, the price increases are still elevated prior to the pandemic, but they have come down from April.

“It does raise the question, have we seen peak inflationary pressure?” Lundh said. “We are not seeing escalation upon escalation.”

Consumer fears about inflation peaked in May. “What was a bit comforting was how fast it abated in sentiment surveys in early June. Many prices have begun to crest,” Swonk said, though some materials, such as lumber, remain well above pre-pandemic levels even after a recent decline.

Swonk expects the tensions to remain. “The good news is that most of the inflation we are seeing does appear to be transitory. The bad news is that it is more severe and longer lasting than many, including the Federal Reserve, expected. There isn’t really any muscle memory for what we are seeing. It is the first time that workers have had leverage since the latter part of the 1990s. Add the surge in retirement and loss in immigration, which was sliding rapidly pre-pandemic, and shortages are going to be more common.”

“I cannot recall one other time where inflation has been such a high risk factor among our members as it is now,” said Jack McCullough, president, CFO Leadership Council.

Among the CFOs with whom he is in contact, wage pressures are the biggest source of concern, and CFOs expect that to remain through the end of the year.

“Companies are growing rapidly, and hiring, but the war for talent is back on as if Covid had never existed,” McCullough said. “Their single biggest concern is recruiting and retaining a world-class team which is as challenging right now as it has ever been. My sense is that inflation is the second biggest risk factor … of course a lack of available talent will spur inflationary cycles.”

Durable goods, which saw major increases in the past year, should see prices moderate as supply and demand come into equilibrium, Lundh said, while prices could increase in the services economy post-Covid and wage inflation remain an issue. “It will still stay elevated, but maybe not as acutely as we are seeing now. Labor will still have the upper hand,” he said.

Globally, many firms have already raised prices. EMEA companies responding to the survey are the most likely to say they are already passing on input cost increases to consumers, at 45% of CFOs, versus only 19% of U.S. CFOs. But more price increases could be coming: 33% of U.S. CFOs said they will have to raise prices if costs continue to rise.

“That is how it works. We just haven’t seen anything like it in a really long time. What’s interesting is how resistant CFOs remain to hiking prices. Large firms are better able to absorb shock of higher input costs with adoption of existing tech,” Swonk said.

No U.S. CFO thinks yields will be 2% or higher by year-end.

The view of the bond market, and overall economic growth, are making CFOs more confident about the outlook for stocks, with 47% of U.S. CFOs saying the Dow Jones Industrial Average will reach 40,000 for first time before it falls, versus 33% who expect a pullback to 30,000-level. Another 19% of U.S. CFOs make no market call). Globally, the market bulls remain the largest group, with 46% of all CFOs calling a Dow rise to 40,000, and only 24% expecting a pullback to 30,000 to occur first. Another 29% of global CFOs make no market call).

The expectations on bond yields suggests that most CFOs also see the flare in inflation as a transitory event. But at the same time, financial officers are not confident in the Fed’s ability to control inflation over the next 12 months. No U.S.-based CFOs taking the survey said they were “very confident” or “somewhat confident,” while 38% said they were “only a little confident” and 47% said “not at all confident.”

EMEA and Asia Pac CFOs express much higher levels of confidence in the Fed than U.S. CFOs.

“The Fed cannot nor should it contain the flare in inflation we see as the economy reopens. Some of that is clearly transitory and will abate,” Swonk said, and she added that the view on rates suggests we should downplay the lack of confidence in the Fed. “If CFOs are really concerned that the Fed can’t contain inflation over the longer term, which is a possibility, then they should be forecasting much higher bond yields and locking into all they can at current rates.”

The primary reason for concern does remain: a policy misstep by the Fed that could force the central bank to raise rates faster and overshoot its target, and make the economy more vulnerable to a more compressed boom/bust cycle. And the move up in rate hikes in 2022 and 2023 from 2024 or later by participants at the recent FOMC meeting, with the majority of FOMC participants now expecting to move before 2024, was a significant shift.

The CFO view of the Fed may ultimately have more to do with a belief in controlling their own destiny than panic over a Fed policy mistake.

“CFOs have more faith in their own ability to respond to inflation than they do in the Fed’s ability to control it,” McCullough said.