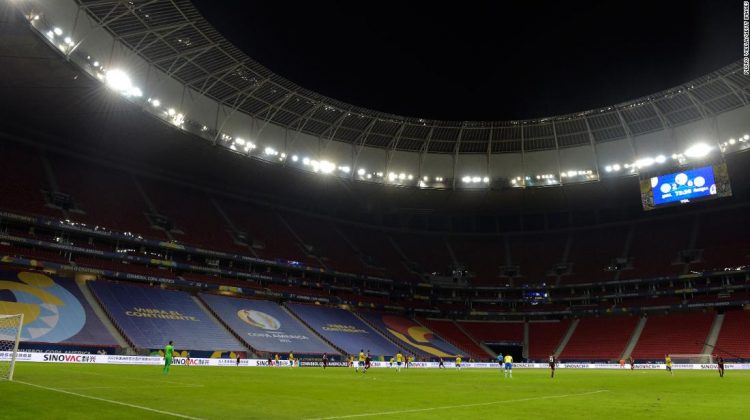 Brazil was chosen to host the football tournament earlier this month despite concerns about the country’s still uncontrolled spread of Covid-19, after the Copa America was moved from its original host countries of Argentina and Colombia. Brazil ranks second in the world for number of Covid-19 fatalities after the United States, and crossed the grim threshold of 500,000 deaths over the weekend.

Half of the national teams participating in the Copa America have been affected by Covid-19 so far. Venezuela, the hardest-hit team, registered eight players infected in its last report. Colombia, Bolivia and Peru also have personnel with coronavirus. The South American Football Confederation (CONMEBOL) does not release the number of cases per national team.

As the tournament was beginning, Argentine superstar Lionel Messi expressed concerns about contracting the virus while with his national team.

“It worries us because it is a risk for everyone catching Covid,” he told reporters. “We try to be careful but it’s not easy. These things happen.”

“We’ll try to do all we can so no one gets it, but sometimes it doesn’t depend solely on ourselves.”

Of the positive cases confirmed so far at the Copa America, 42 were among players and members registered in national teams, 97 cases were detected among service providers hired for the event and one case was a CONMEBOL staff member.

That’s a significant rise since the last report on Covid-19 at the tournament. Last week, the health ministry reported 37 positive cases among players and delegation members and 45 among service providers of the tournament.

Infections have been registered in all four host cities: Rio de Janeiro, Brasilia, Cuiaba and Goiania.