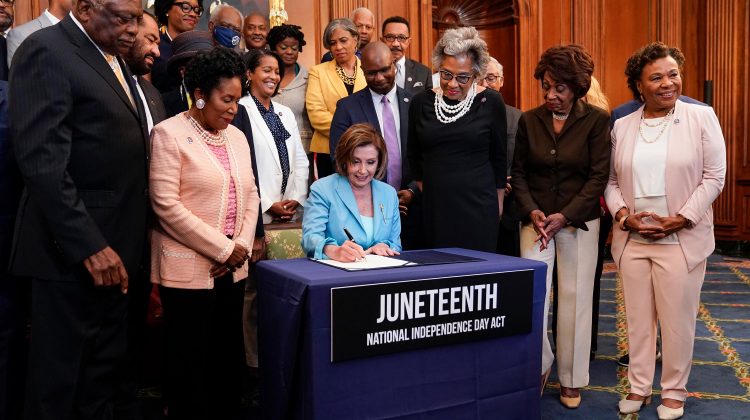 The House passed legislation Wednesday that would establish June 19 as Juneteenth National Independence Day, a US federal holiday commemorating the end of slavery in the United States, sending the bill to President Biden’s desk for his signature.

Biden and Vice President Kamala Harris will sign the bill into law today at 3:30 p.m. ET and deliver remarks.

Read more about the bill here.