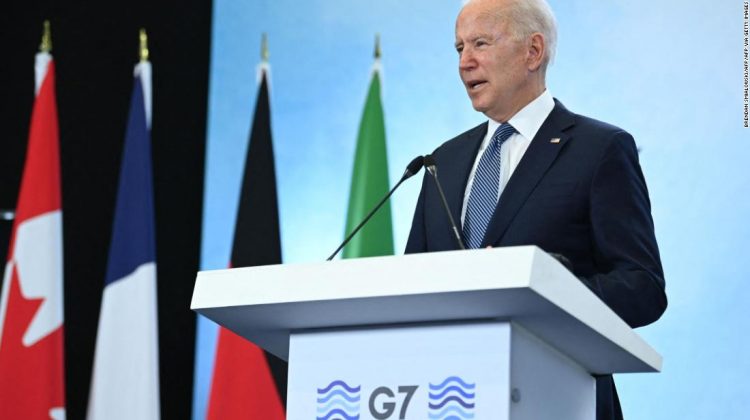 The President is poised to announce a comprehensive crime reduction strategy on Wednesday, officials said, in hopes of reducing gun violence and addressing the root causes of the spike. He is also set to press Congress to confirm David Chipman as his nominee to lead the Bureau of Alcohol, Tobacco, Firearms and Explosives.

The politics of the moment are further complicated by the prospect of bipartisan police reform legislation, which is slowly moving its way through Congress.

The decision by the White House to devote an afternoon of the President’s time to focus on the nation’s rising crime rate underscores how serious the matter is being taken inside the West Wing. The wave of violent crime is not only seen as an impediment to the economic recovery from the pandemic, but also as a potential political threat that could give Republicans an opening in their midterm election fight against Democrats.

Biden’s aides have sought to put the numbers in context, noting the current upswing in crime began before he entered office.

Can’t ‘just arrest our way out of this’

For months, state and local officials have been sounding the alarm about the toll that shootings, carjackings, armed robberies, assaults and more have been taking on communities.

“We have seen the data change, peoples’ state of mind change, ever since the Covid pandemic has presented so many challenges from the economic hardship, the stress, the anxiety,” Chief Murphy Paul, of the Baton Rouge Police Department in Louisiana, told CNN “Newsroom” on Monday. “We have to deal with the causes of crime and not just arrest our way of this.”

White House officials hope to take steps that will better link federal law enforcement resources with state and local governments, according to people familiar with the matter. Biden’s Justice Department has laid out a strategy for combating violent crime that includes embedding federal agents with local homicide teams and nationwide sweeps for wanted fugitives involved in violence.

That plan sought to de-emphasize the number of arrests and prosecutions, instead focusing on overall reductions in violent crime as a metric of success. It also sought to improve community engagement and violence intervention programs in the hopes of preventing violence from taking root.

The President also plans on using the nationwide spike in crime as an opportunity to advance his argument for new gun control laws, even though his calls earlier in his presidency for Congress to take action prompted little action.

The impetus then was a rash of mass shootings that drew the nation’s attention after a relative lull in gun massacres during the pandemic. But even during his remarks from the Rose Garden calling for a ban on “ghost guns,” Biden acknowledged the surge in gun violence that wasn’t generating the same type of headlines.

“We recognize that cities across the country are experiencing historic spikes in homicides, as the law enforcement can tell you,” he said on April 8. “The violence is hitting Black and brown communities the hardest.”

For Biden, it’s the latest chapter in his long — and politically complicated — history with crime legislation. As chairman of the Senate Judiciary Committee, Biden helped write the 1994 crime bill, which was signed into law by President Bill Clinton.