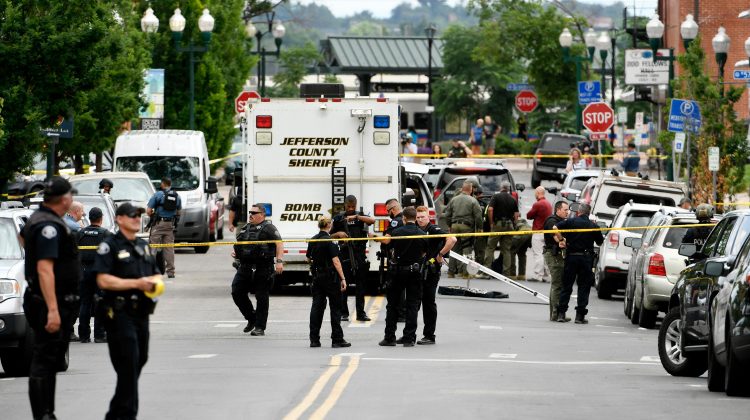 Major American cities saw a 33% increase in homicides last year as a pandemic swept across the country, millions of people joined protests against racial injustice and police brutality, and the economy collapsed under the weight of the pandemic — a crime surge that continued into the first quarter of this year.

Sixty-three of the 66 largest police jurisdictions saw increases in at least one category of violent crimes in 2020, which include homicide, rape, robbery, and aggravated assault, according to a report produced by the Major Cities Chiefs Association. Baltimore City, Baltimore County and Raleigh, North Carolina, did not report increases in any of the violent crime categories.

Remember: It’s nearly impossible to attribute any year-to-year change in violent crime statistics to any single factor, and homicides and shootings are an intensely local phenomenon that can spike for dozens of reasons. But the increase in homicide rates across the country is both historic and far-reaching, as were the pandemic and social movements that touched every part of society last year.

Through the first three months of 2021, a number of major cities have indicated they are still experiencing high rates of violent crime, according to Laura Cooper, executive director of the Major Cities Chiefs Association. “Some cities are set to outpace last year’s numbers,” she said.

In Chicago, homicides were up 33% in the first three months of the year compared to 2020, while shootings were up nearly 40% for the same period year-over-year. In New York City, the NYPD data shows murders jumped by nearly 14% through March 28.

In Los Angeles, homicides have increased nearly 36% from 67 to 91 through March 30, LAPD Officer Rosario Cervantes told CNN. Those three cities — the nation’s largest — all saw significant increases last year over 2019.