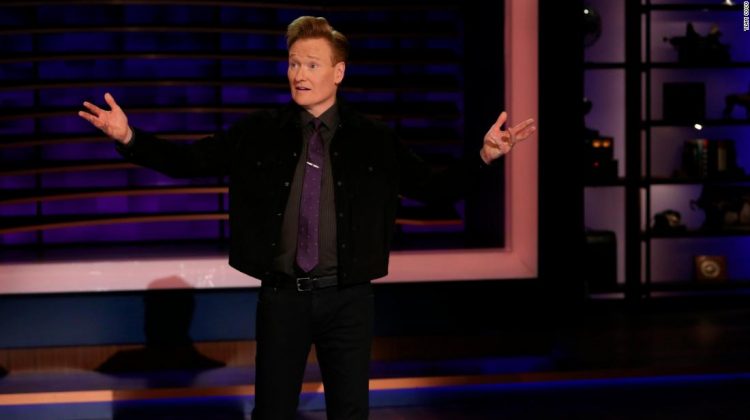 Having followed O’Brien’s arc from the beginning, it’s hard to believe he’s become such a part of the cultural firmament. As a reminder, he was tapped to fill David Letterman’s old slot at NBC in 1993, when Letterman jumped to CBS after losing out to Jay Leno in the first “The Tonight Show” succession battle.

A 30-year-old unknown comedy writer when making his debut, O’Brien survived cancellation several times in the early going. NBC kept renewing the show in 13-week increments, underscoring its lack of faith, before he became such a valued player that the network anointed him to replace Leno, only to result in a scenario as messy as the first one.

All roads in latenight seemingly lead to “Tonight,” and the giant shadow that Johnny Carson cast over the TV landscape. The “Late Night” slot that Letterman launched in 1982 created what amounted to a farm team for hosts eager to be promoted to Johnny’s desk, creating a binary choice where keeping one talent happy meant disappointing another who might jump to a rival network.

While O’Brien’s comedic sensibility leaned closer to Letterman’s than that of his lead-in, Leno, he similarly coveted the marquee slot. That prompted another tough decision for the network that had gone with Jay instead of Dave, a choice documented by CNN contributor Bill Carter in his book “The Late Shift.”

In 2004, NBC sought to mollify O’Brien — who was fielding offers from other networks — by promising him “The Tonight Show” in five years, when Leno’s contract expired, presumably enough time for Leno to complete his run and formally pass the baton.

For a time, NBC looked like it had found a way to keep both guys and maintain peace and harmony. But as the actual date neared, Leno showed no signs of slowing down or interest in retiring and became a threat to set up shop elsewhere.

What happened after that has been well documented, but long story short, NBC gambled on moving Leno into primetime, then scuttled the experiment and opted to return him to “The Tonight Show” time period.

Understandably miffed, O’Brien jumped to TBS in 2010. Over the past decade, he has offered the same brand of smart comedy on a lower-profile basic-cable platform. When Leno eventually stepped aside, Jimmy Fallon took over.

As CNN’s recent docuseries “The Story of Late Night” made clear, the ill feelings from that outcome haven’t faded, although the exercise in choosing sides — with Leno again cast as the bad guy — and the “Team Coco” campaign launched by O’Brien’s admirers always felt a bit overwrought.

With the benefit of hindsight, NBC’s dice roll on when Leno would be ready and willing to retire merely postponed losing one of its hosts. But O’Brien left NBC with a massive payout and migrated to a new home that appreciated and showcased his talents.

The small club of successful latenight hosts have a knack for endurance. Leno works constantly (and has said he doesn’t miss “Tonight” in the current era), Letterman resurfaced doing one-on-one chats on Netflix, and O’Brien’s signoff isn’t so much a goodbye as a change of venue, with TBS specials and an HBO Max variety series in his future. (Like CNN, TBS and HBO Max are units of WarnerMedia.)
As he has reminisced this week, a relaxed O’Brien — who even shared a joint with Seth Rogen — appears nostalgic, but also content about giving up the daily grind, in much the way Jon Stewart sounded leaving “The Daily Show” after 15 years.

During his final “The Tonight Show” episodes, O’Brien delighted in skewering NBC and Leno, at one point wryly telling kids, “You can do anything you want in life. Unless Jay Leno wants to do it too.”

O’Brien didn’t get to keep the job he’d always wanted, and fans will forever feel that he never really had a fair shot. But for a host who almost didn’t last two years at NBC, it’s been a pretty remarkable run.