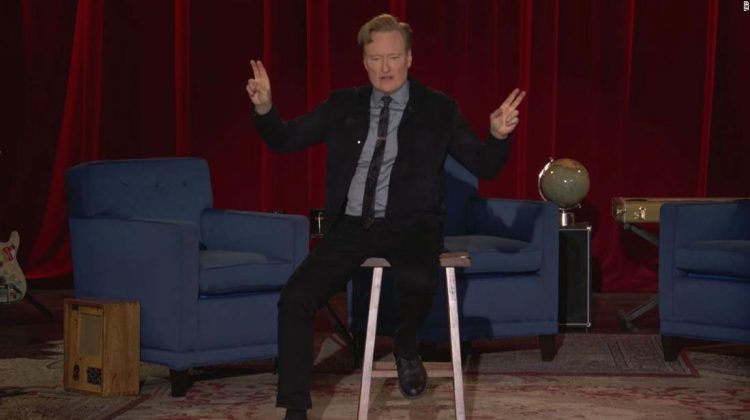 “Conan,” O’Brien’s long-running TBS show, concluded on Thursday night, bringing an end to a late night TV era. And O’Brien’s late night career came to a close with the man who helped start it all, Homer Simpson.

The final “Conan” opened with an animated O’Brien doing an exit interview with Homer. O’Brien was a former writer on “The Simpsons,” and helped write some of the show’s most popular episodes such as “Marge vs. the Monorail.”

“Homer, you work in H.R.?” the animated O’Brien asked.

“Well, over the years I’ve had hundreds of jobs,” Homer responded. “At one point, I was even a monorail conductor. What a stupid idea that was!”

The exit interview between the two ended with O’Brien telling Homer that he meant the world to him.

“You mean the world to me, Conrad,” Homer responded.

O’Brien’s run in late night has been prolific.

As an unknown comedy writer, O’Brien was tasked with replacing David Letterman on NBC’s “Late Night” in the early ’90s. After a somewhat bumpy start, he captured the love of a loyal audience while making a unique name for himself thanks to a mix of solid interviewing and silly humor.

After “Late Night,” O’Brien had a brief and tumultuous stint as the host of “The Tonight Show” before being replaced by the host he took over for, Jay Leno. Then he ended up on TBS, where he’s branched out away from his desk to do travel specials in countries such as Cuba and Armenia.

As much as Thursday is an end, it’s also a beginning for O’Brien. He will host a new weekly variety series for HBO Max, WarnerMedia’s streaming service. (Like CNN, TBS and HBO Max are units of WarnerMedia.)

Homer wasn’t the only special guest that O’Brien had for his last show, however.

Will Ferrell, who was also a guest on O’Brien’s other final shows, Zoomed in to say goodbye to his friend.

“If you don’t mind, can I pre-tape a few goodbyes, and you can just use them when your next several shows flame out?” Ferrell said to laughs.

The comedian proceeded to do a series of taped goodbyes for O’Brien’s future shows including his “late night show on Al Jazeera network” and O’Brien’s “Delta in flight talk show.”

O’Brien’s final show included many clips from his years as host of “Conan” as well as joking around with his long-time sidekick, Andy Richter.

“It is our final show on TBS,” O’Brien said during his opening monologue.

There was also an interview with his last guest, Jack Black. Black and O’Brien told a story that the show planned to do a big musical number for Conan’s goodbye in which Black would pretend to get injured. However, Black actually got hurt when he sprained his ankle.

“It felt fitting for our show,” O’Brien said with laugh. “When all of these legends go off the air, everything is meticulous. Of course, we would think of a bit with Jack where Jack pretends to get hurt and when shooting it, Jack gets hurt.”

To end the show, O’Brien sat on a stool and thanked the people at TBS, his family, his staff and his fans before saying goodbye.

“I’ve devoted all of my adult life to pursuing this strange phantom intersection between smart and stupid,” O’Brien said. “There’s a lot of people who believe the two cannot coexist, but god I will tell you, it is something I believe religiously, I think when smart and stupid come together… I think it’s the most beautiful thing in the world.”